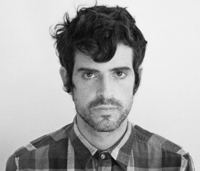 Devendra Banhart’s Nonesuch debut, Mala, took shape back in his own “tiny, tiny home” in Los Angeles, where Banhart until recently resided. He and longtime cohort Noah Georgeson produced it together, playing most of the instruments themselves. The arrangements, beguiling yet relatively unadorned, harken back to Banhart’s earliest recordings, the do-it-yourself tracks that first garnered him acclaim a decade ago. The songs themselves, though, are less fractured fairy tales than real or artfully imagined depictions of the vicissitudes of romance, even if Banhart does lace his often seductive delivery with liberal doses of surreal humor.

These days Banhart appears more suave than shamanistic, though his gently delivered words still have an incantatory quality. His trademark falsetto warble is often supplanted by a lower-registered croon, especially when he vocalizes in Spanish on a track like “Mi Negrita”—a song he conjured up while envisioning himself “in an oversized suit, slightly sweaty” on the set of the Venezuelan variety show Super Sabado Sensacional, a program he’d watch as a child growing up in Caracas in the ’80s.

“In Spanish, I can have a lot more flexibility,” Banhart admits. “I have a limited vocabulary—in English and in Spanish—but with Spanish I can get more into the sound of the words, I can have more fun with it. I can even get more autobiographical in Spanish. I feel comfortable revealing more, expressing something sincere about trauma or pain, which is not really a space I’m comfortable occupying. I can take things further in Spanish.”

Speaking of his native tongue, Banhart acknowledges that “mala” in Spanish is the feminine form of “bad,” and, given the more outré, gender-bending garb he donned earlier in his career—featured most notoriously in a fashion spread for the New York Times’ T style magazine—he jokes, “I could be that bad female.”

For Banhart, his career remains “an adventure and an exploration.” Mala reveals a natural maturation of his style, especially as a singer. Banhart admits, “I don’t really take care of my voice, but, just like with playing guitar, you get more familiar with it, and you get better at it. I’ve always said that I’m very good at not knowing how to play the guitar but, really, it’s just that I’m very comfortable with the utter uncertainty of my approach.”