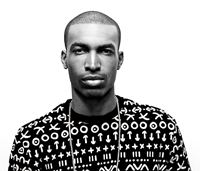 In the quickly rising new-school class of ‘alt-R&B’, Jarell Perry is paving his own lane. His critically-acclaimed debut LP “Simple Things,” which mixes flavors of Electronic, Indie-Rock, and Pop, has already drawn comparisons to cross-over heavyweights like Miguel and Frank Ocean. But as URB Magazine puts it, “what sets him apart from this new breed of talents is a much fuller and developed vocal quality…sublime perfection…”

Lyrically, Perry’s “Simple Things” covers everything from love-gone-wrong to awkward moments, and the hum-drum of 9-to-5 day jobs. “There’s a song for every situation, you can take it as the soundtrack to your life at any moment,” says the LA-based singer-songwriter.

Prior to releasing the LP, the MTV Buzzworthy artist’s writing credits included Fat Joe’s comeback single featuring Chris Brown, “Another Round.” After growing a strong worldwide fanbase from YouTube and his alma mater UCLA, Jarell went on to meet and work with the likes of R&B superstar Usher, rapper Childish Gambino, and international producers Diplo and Rusko. With “Simple Things,” he’s looking to create a legacy even larger than his esteemed collaborators. And based on the feedback (R&B veteran critic Mark Edward Nero raves, “the future of R&B has arrived”), Jarell Perry is more than well on his way.