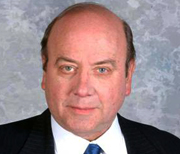 For the last twenty years, interspersed with his conventional professional career in applied physics, Dr. Swanson has pursued investigations into “unconventional physics.” His principal interest has been unified field theory, the so-called “Theory of Everything” which could explain the universe at the deepest possible level. This has led him to investigate many aspects of the energies of consciousness, which appear to be completely real phenomena which often violate our present conventional scientific rules. Many aspects of Qigong and energy healing have now been proven in the laboratory, but their ability to transmit effects over great distances and through shielding defy our understanding of conventional forces. These are just a few of the anomalies which indicate that physics is on the threshold of a new scientific revolution. This has been the focus of his research.

He has just published a new book, Life Force: The Scientific Basis, which is a sequel to his earlier book The Synchronized Universe. These books provide a scientific and empirical foundation for the science of consciousness and summarize the “best evidence” for a wide range of human abilities and unusual physical phenomena which demonstrate the characteristics of subtle energy. These books also outline a physics theory for how these energies could be integrated into an expanded science of consciousness.