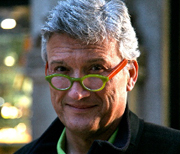 Dr. Doty is a Clinical Professor in the Department of Neurosurgery at Stanford University. He completed his undergraduate training at the University of CA, Irvine and medical school at Tulane University School of Medicine in New Orleans, LA. In addition to being a neurosurgeon, he is also an inventor, entrepreneur and philanthropist, having given support to a number of charitable organizations including World Peace Festival, Children as the Peacemakers, Global Healing and Family & Children Services. These charities support a variety of programs throughout the world including those for HIV/AIDS support, blood banks, medical care in third world countries and peace initiatives. Additionally, he has endowed chairs at major universities including Stanford University School of Medicine and his alma mater, Tulane University School of Medicine.

As founder of the Center for Compassion and Altruism Research and Education (CCARE) at Stanford University, Dr. Doty works with both the Stanford Institute for Neuro-Innovation and Translational Neuroscience and a variety of scientists from a number of disciplines examining the neural bases for compassion and altruism. He is on the Board of Directors of a number of non-profit foundations including the University of Southern California Brain and Creativity Institute, the Dalai Lama Foundation and the Friends of New Orleans (FONO). He is a senior advisor to the World Peace Festival and the Council for a Parliament of the World’s Religions.