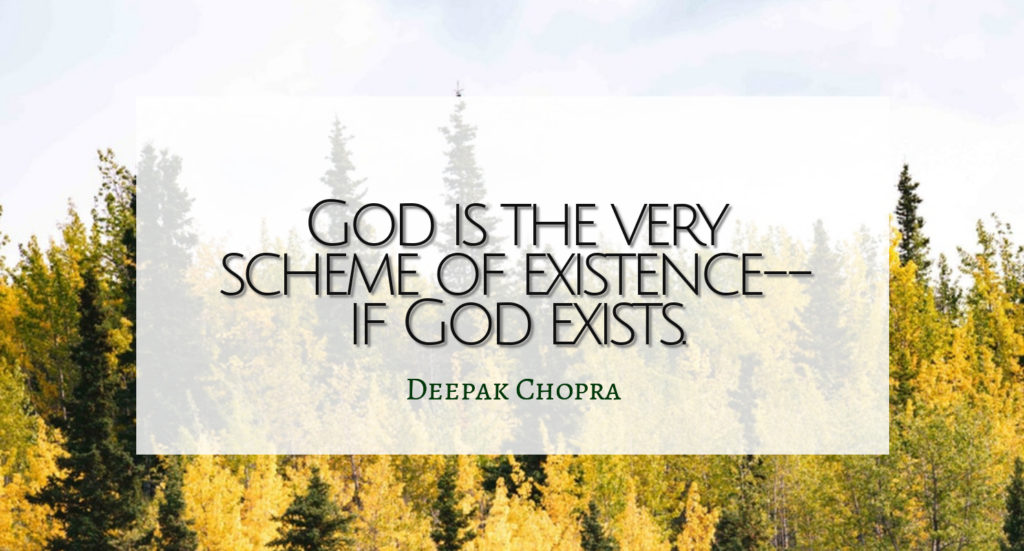 We recently participated in a public debate on the proposition “The more we evolve, the less we need God.” The results were clearly in favor of the proposition against the stance we took. This was so amongst both the live audience and the online audience.

The cerebral cortex, the most recent part of the human brain to evolve, hasn’t changed for more than ten thousand years. The writers of the world’s ancient spiritual texts used the same brain as modern people, and since the world’s religions revere these ancient texts, we accept that the Ten Commandments and the Four Noble truths of Buddhism came from minds whose processes we’d recognize today, however dissimilar the cultures of ancient Judea and India.

It must be cultural evolution that is relevant, and of course our modern secular culture has moved away from the age of faith. Rationalism seems to dominate our lives, and when we read of religious fanaticism, we feel that such issues belong to people living outside the reach of a modern secular society. Few people seeing news on TV of an attack in Paris or London feel an impulse to fight back by re-energizing their own religious beliefs. Being secular can easily feed the belief that one has evolved beyond God, religion, dogma, and the whole rigmarole.

But in large part this attitude is founded on an illusion, the illusion that God can be accepted or rejected like an item on a restaurant menu. The whole point of calling God infinite and eternal, along with omnipresent, omnipotent, and omniscient, is to note that the infinite is different from anything we can subject to an either/or, yes/no choice. Even concepts as fundamental as space and time are structured in the infinite. In this sense, God is the very scheme of existence–if God exists.

Some atheists, skeptics, and agnostics apply “if God exists” to the same litmus test as “Does oxygen exist?” They make the mistake of shoving God back into the category of accept/reject to which ordinary objects belong. But the God hypothesis is unique and can only be interpreted by standards applicable to monism. Monism refers to wholeness and the qualities of wholeness. Science, for example, is monistic in positing that physical processes are sufficient to explain all phenomena in the universe. This is monism because nothing outside physicality is thought to be real.

God is also monistic, as in “God is One.”  Religious monism seems very weak in a secular age that accepts scientific monism. But this is another illusion. Modern people largely reject “God is One” because they see God in the form of a human being, and obviously such an image is as limited as we humans are. Since we are not One, it feels unlikely that God is One. In fact, that’s a false analogy. God is monistic, not as a humanoid figure sitting above the clouds but as the basis of consciousness. Nothing can be conscious without a basis or source in consciousness; therefore, religious monism states that God is the source of all mind, and mind is the source of the universe.

In a secular society, this too seems unlikely, but religious monism becomes stronger if you rephrase it. Instead of “God is the source of consciousness,” say “The source of consciousness is God.” In other words, once you locate where consciousness comes from, you will have arrived at God. The letters g, o, and d are not the primary issue. The whole point of religious monism is to assert that consciousness is universal and eternal, without beginning or end, the source of all created things but itself not created. The more popularized notions of god are relativistic aspects of that infinity, just as space and time are relativistic aspects of our universe.

If you leave out the loaded term “God,” this definition of religious monism collaborates successfully with scientific monism, because science has reached the point where the entire physical universe originates from a precreated state that gives rise to space, time, matter, and energy. Uncreated states, whether called God, the quantum vacuum, or some other moniker, defy rational thought. We cannot ask when time began, for example, because “when” refers to time, not a state that is timeless.

To get past this mental block, there are workarounds in both monistic systems, and they are equally arcane. In physics the workarounds have tags like superstrings, multiverse, Hilbert space, and so on. In Christianity the main workaround is the Holy Trinity, which manages to be here but not here, physical but also spiritual, flesh and not flesh. In both cases, the smell of paradox remains strong. Trying to fuse opposites by using words or even mathematics doesn’t work in the end.

The best workaround is the same for both types of monism. Indeed, it must be the same if monism is correct. This is the assertion that God, or the ground state of the physical universe, is pure potential, a domain of infinite possibilities. We are all aware in daily life of a potential or possibility coming true and becoming real. Everyone who buys a lottery ticket has the potential to win, and eventually someone does. Every baby has the potential to be President, and eventually some babies do. So there’s no mystical ring to thinking of creation springing out of pure potential.

This, we believe, is where true evolution is possible. Pure potential fuses the two types of monism and levels the playing field. Now it is only necessary to show that the field of pure potential exists. In both types of monism, empirical evidence doesn’t exist. God leaves no distinct footprints in the physical universe, and neither do the multiverse, superstrings, or Hilbert space. Such is the nature of any uncreated domain. Being uncreated, it doesn’t look or behave like anything created. It is unique unto itself.

So lacking physical evidence, which type of monism is more likely to be valid? This is the wrong question, because by definition, monism is everything. Excluding nothing, the religious type of monism cannot exclude science, and vice versa. The proper question is whether an uncreated source exists at all, and the answer is yes, because everything must have a source. There is plenty of room for evolution in science and religion once both sides accept that the perceived split between them is merely a debating point, the juggling of words. Having accepted that monism is monism, needing no tag like God or science, we can move on to the great exploration, which is to participate in the universe not simply as self-aware creatures but to participate from our very source.

Anoop Kumar, MD, MM is board certified in Emergency Medicine and holds a Master’s degree in Management with a focus in Health Leadership. He practices in the Washington, DC metro area, where he also leads meditation gatherings for clinicians. He is the author of the book Michelangelo’s Medicine: How redefining the human body will transform health and healthcare. Anoop enjoys exploring and communicating about the intersection of self-awareness, science, and wellbeing. Visit him at anoopkumar.com.