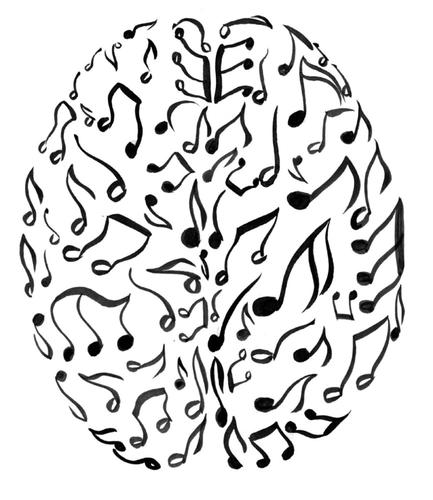 For twenty years a conference bubbling with enthusiasm has taken place in Tucson to figure out the origins of the human mind.  Its title is Toward a Science of Consciousness. As you can imagine, it’s not an easy problem for science to solve. What moment of the day isn’t involved in the mind?  What this conference is really about is passing the crown from philosophers, who have had a couple of millennia to explain the human mind, to brain science specialists and laboratory technicians. They have solved so many other tough problems with great brilliance that they promise to solve this one too.

Once science steps in and the philosophers have slinked off to open a nice bottle of wine, the human mind finds itself cornered. It must yield up its secrets to the powerful armament that science wields: measurements, data, empirical facts, experiments, and reproducible results. This approach is well underway in all kinds of areas but especially in neuroscience.  (Hold still, once we take this fMRI of your brain, we’ll know why you fell in love.) We are not discounting the remarkable medical achievements of neuroscience. But these achievements do not prove that neuroscience has every answer to the mystery of the mind. In fact, we disagree strongly with the one certainty that has enabled brain research to be king of the hill when it comes to the mind, that the brain produces consciousness.  It seems obvious, but does its obviousness make it true?

As a participant at the conference, if you say, “Maybe the brain doesn’t produce consciousness,” you are looked at askance.  If you also declare that the data, the empirical evidence, the experiments, and the reproducible findings in neuroscience are basically a dead end, your views turn into something entertaining, but they are automatically stamped “not science.”  It goes without saying among a wide range of researchers, from physiologists and cell biologists to cutting-edge exponents of quantum biology and information theory, that a science of consciousness will triumph one day, although no one wants to predict when. Everyone feels that new insights will certainly be needed

One brilliant researcher, Christoph Koch, originally at Caltech, earned fame by showing the neural basis of consciousness. Now Paul Allen, the co-founder of Microsoft, has given Koch substantial funding to map out exactly how the brain does its amazing trick of producing the sight, sound, texture, smell, and taste of the world with only a sludgy mixture of organic porridge shot through with millivolts of electricity and a handful of chemicals.  Koch is an optimist and a progressive. He promises that neuroscience will solve the problem of the mind, and unlike philosophy, where he says no progress has been made, science will produce real, testable results.

Now that neuroscience is king, this kind of promise is like a bill that Koch and other leading researchers pledge to pay. Trust us, they say, we’re making progress every day.  But there are some serious sticking points. You can explain the mind-brain relationship in only three ways.

In simple terms, the first view is “all mind,” the second view is “all matter,” and the third view is “mind plus matter.” The reason that philosophy has been hemming and hawing for two or three thousand years is that it is incredibly hard to refute any of these positions, and yet none is so convincing that the other two cry uncle and surrender. Because this is a golden age for brain research, the “all matter” camp wears the crown, but it may be that no amount of money in the royal treasury is enough to pay off this particular IOU.

Until recently a fourth, strange idea actually held significant sway, that consciousness is just an illusion – we are puppets of our brains trying to maintain our dignity by pretending that we have free will, a self, and awareness independent of the brain’s chemical factory. (Adherents of this view declare, “You think you have a mind? Guess again!” To which we might reply, “But thinking and guessing are conscious activities, no?”)

An open-minded thinker, Koch concedes points to the “all mind” camp.  He has visited the Dalai Lama, and they agree not to disagree. Eastern spiritual practices can be seen as consistent with modern science. Koch declares that like matter, energy, space, and time, conscious experience may be just as basic in the cosmos. It’s another factor to be measured and explored, delivering reliable data. This is a major concession compared with the established “all matter” view that consciousness was a by-product of the brain’s electrical storm, like heat given off by a bonfire.

Koch and others, who concede that consciousness is both real and basic, are the new wave in neuroscience.  However, they remain primarily materialistic at heart.  For instance, Koch leaves open the possibility that a computer one day will be as conscious as a human being. When you imagine that manmade hardware can produce a mind, you are putting matter first, which is the classic materialist position.

In Koch’s view, consciousness is about information, which is carried by every particle in the universe. Once you reduce mind to information growing every more complicated, the materialistic solution of where mind comes from is within sight. Koch is quite certain that the process of looking inward hasn’t produced reliable explanations of the mind, because we are not wired to view our own brain circuitry. (When asked about Eastern approaches of meditation, mindfulness, self-awareness, and contemplation, he respectfully replies that such techniques are good for things like calming the mind. But true understanding of the mind-brain connection wasn’t achieved through them.)

Yet sitting off to one side, the “all mind” camp contends that looking for the biological basis of consciousness will never succeed, because it is asking the wrong questions.  Experience isn’t a mosaic assembled from tiny pieces. The fact that red is red, that it symbolizes both love and blood, that you can imagine thousands of ways to experience this one color – all such experiences are real in themselves, intact creations of the mind. The “all mind” camp would argue that exploring the brain to discover the secrets of the mind is like taking apart a radio to discover the secrets of music. The materialistic fallacy remains a fallacy even when you refine it down to the level of neurons.  Making nice with the “all mind” camp is actually a way of dressing up the old dualism (“mind plus matter”) that nobody claims they want.

The reductionist approach clings to its methods, however, firmly believing that the key to consciousness lies in the information processed in specific neural structures. But information processing cannot explain who perceives this information. One cannot speak of information unless conscious agents have already been postulated. For example, from the perspective of probability theory, all binary sequences are equally random, yet to us as conscious agents, some binary patterns have more structure than others, which is a way of saying that if you love your wife or fanatically root for the Red Sox, those structures in the brain are not random – they represent strong feelings held by a person.

The perceiving self cannot be located at any specific place in the brain. But the perceiving self cannot be in a unique neuron in the brain, because that would require such a neuron (or group of neurons) to have the privileged capacity to process all the information that the individual person possesses, which is clearly impossible, since physiologically, neurons are essentially the same. There are no superior ones that can do “super processing” apart from others that only do simple processing. (Conversely, if the perceiving self was distributed over an area, then we need to postulate a privileged locality within this area to process the information that creates the unified actions, intentions, memories, and desires of the self. This, too, doesn’t exist.)

Yet undeniably there is a sense of continuity in the self. We cannot speak of where the self is, only that it is associated with the brain, which it uses as the lens through which to perceive the world. Our knowledge of the word depends on the neurophysiologic nature of the brain (just as hearing Mozart depends on musical instruments). Yet brain researchers as eminent as the Nobel laureate Sir John Eccles and the pioneering Canadian Wilder Penfield, when setting out the basic problem of the self and its experiences, made it clear that we would never find a center of the conscious mind by looking for it in the physical brain.

The constantly repeated belief that computers will eventually become conscious machines is futile, because computers are just aggregates of complex connections. A super computer can process vast amounts of information, but as we’ve seen, that’s not the same as having a mind.

Throwing cold water on the science of consciousness is a total buzz kill.  Fortunately, there is an open road to scientifically explaining the mind. But it doesn’t look at neural hardware. Reducing mind to bits and pieces is the familiar “bottom up” approach of reductionist science as it has been conventionally practiced for the last few centuries. There is another way, a “top down” holistic approach that says, “Here is consciousness, right at the beginning. Now let’s explain how it produced everything else, using nothing but its own possibilities.”

A holistic approach isn’t mechanical – it’s dynamic, flowing, creative, and self-explanatory. In updated form, it’s the age-old project of the mind trying to understand itself, now incorporating advanced neuroscience to physically witness consciousness at work. The good news is that one can be totally scientific without equating the radio with the music. The music of the mind is where a successful science of consciousness must begin. In the next post we’ll offer our arguments for taking the road less traveled. For now, let’s pose a few questions to the “only matter” camp: