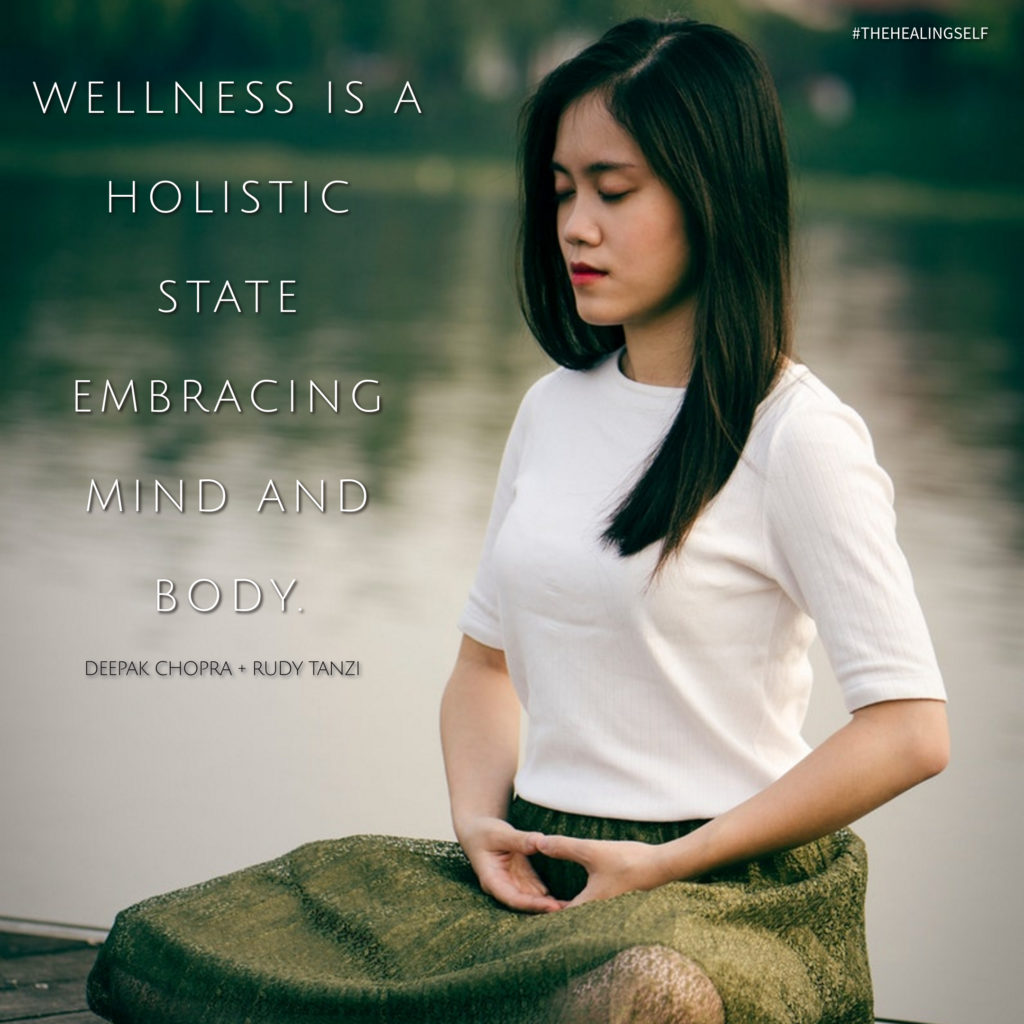 Although most people still view being sick in terms of germs, catching a cold, and getting a flu shot, the question of who gets sick and who stays well is far more complex. Everyone is exposed to thousands of microbes a day, and some of these are disease-causing pathogens. But we have immunity to a wide range of pathogens, and although sickness is fended off by the cells of the immune system, staying well involves the whole person.

There is a medical concept known as “control by the host,” which focuses on how much of staying well is an internal process that calls upon both mind and body. The invisible roots of lifelong wellness turn out to be surprising. For example, researchers at the University of Texas Medical School looked at mortality rates among a group of men and women who had received open heart surgery, including heart bypass and replacement of the aortic valve. If you take the routine medical approach, the reason someone dies six months after open heart surgery while someone else doesn’t must come down to a physical difference. But the team headed by Dr. Thomas Oxman took an unorthodox approach. They asked these patients two questions about their social situation: Do you participate regularly in organized social groups? Do you draw strength and comfort from your religion or spiritual faith?

These are simple yes or no questions, and when assessing the answers, the researchers excluded the typical risk factors for dying after heart surgery, including age, severity of the disease, and severity of a previous heart attack. With these factors zeroed out, the findings were startling:

A person who answered Yes to both questions had less than a 5 percent chance of being dead six months after their surgery.

A person who answered No to both questions had between a 20 percent and 25 percent chance of being dead six months after the surgery.

Overall, being socially supported and taking comfort from your faith makes you seven times more likely to survive major heart surgery than someone who has neither of those things in their life. This outcome is almost certainly the only sevenfold difference in any risk for heart mortality, even bad cholesterol levels, high blood pressure, and a genetic history of heart attacks in the family. While asking somebody if they belong to social groups like a club or church is an objective measure, the question about religious or spiritual faith is entirely about how the persons feels.

In our new book, The Healing Self, Harvard Medical School professor Rudy Tanzi and I explore a new path to lifelong wellness that supercharges a person’s immunity.  We expand immunity to include mental and emotional states, which are now known to be absolutely critical.

For example, we all experience a sense of well-being from being loved, and even though the feeling is subjective, there are important implications for overall immunity. Is it really possible that your cells can feel loved, too? Before reacting to what seems like a ridiculous assertion, consider the following study:

Yale researchers looked at 119 men and 40 women who received the most accurate test for detecting blockages in the coronary arteries, known as coronary angiography. (It’s an anxiety-provoking procedure for many people, although relatively noninvasive. Typically a narrow catheter inserted in the forearm is threaded into the arteries of the heart. A dye is injected that will show up the interior of the artery using a CT or MRI scan. In this way the size of the vessel’s opening or blockage can be seen directly.) Patients who told the researchers that they felt loved and emotionally supported generally exhibited less blockage in their coronary arteries, the main cause of heart attacks and strokes.

There are other risk factors that predict the presence of heart disease, such as diet, exercise, smoking, and family history, but even when these were taken out of the equation, the feeling of being loved and emotionally supported was a predictor of who would have more or less arterial blockage. A study of 131 women in Sweden came to the same conclusion. But perhaps the most striking research was based on asking a single question. A team at Case Western Reserve University surveyed 10,000 married men with no history of angina pectoris, the typical chest pain associated with heart disease (although heart attacks can occur without this previous symptom).

The lesson to learn is that wellness is a holistic state embracing mind and body. The one is just as critical as the other, because thanks to the mind-body connection, there is a constant exchange of information between body and mind, thoughts and cells. This fact can be the basis for a higher state of wellness that lasts a lifetime.

Deepak Chopra MD, FACP, founder of The Chopra Foundation and co-founder of The Chopra Center for Wellbeing, is a world-renowned pioneer in integrative medicine and personal transformation, and is Board Certified in Internal Medicine, Endocrinology and Metabolism.  He is a Fellow of the American College of Physicians and a member of the American Association of Clinical Endocrinologists. Chopra is the author of more than 80 books translated into over 43 languages, including numerous New York Times bestsellers. His latest books are The Healing Self co-authored with Rudy Tanzi, Ph.D. and Quantum Healing (Revised and Updated): Exploring the Frontiers of Mind/Body Medicine.  www.deepakchopra.com

Rudolph E. Tanzi, Ph.D. is the Joseph P. and Rose F. Kennedy Professor of Neurology at Harvard University and Vice Chair of Neurology at Mass. General Hospital. Dr. Tanzi is the co-author with Deepak Chopra of the New York Times bestsellers, Super Brain, and Super Genes. His latest book is The Healing Self co-authored with Deepak Chopra. He is also an internationally acclaimed expert on Alzheimer’s disease and brain health with over 500 research publications. He was included in TIME Magazine’s “TIME 100 Most Influential People in the World.”