How To Be Smarter Than Your Brain

Among all the sciences, neuroscience is a special case. Because it studies the brain, which is our interface with the mind, neuroscience covers the widest possible range of mysteries, from biology to metaphysics. No one doubts that we live in a golden age for studying the brain’s biology, but this fact doesn’t get around a central problem that baffles everyone. The problem can be stated very simply: The human brain knows almost nothing about itself. And there are no neurons within the brain that provide sensory information about the brain. That’s why you can put a knife through the brain of a person without that person feeling any pain.

Left to its own devices, your brain knows zero about neurons, for example. It doesn’t even know that it is made of neurons or how they work, much less how a cell that has much the same biology as other cells in the body (having developed from the same DNA and grown in the womb from one fertilized ovum) learned how to think. Your brain has no idea where a thought comes from. It cannot reveal to itself–or to you–how mushy gray matter trapped inside the skull, a silent, dark place, produces a world of sight, sound, touch, taste, and smell. 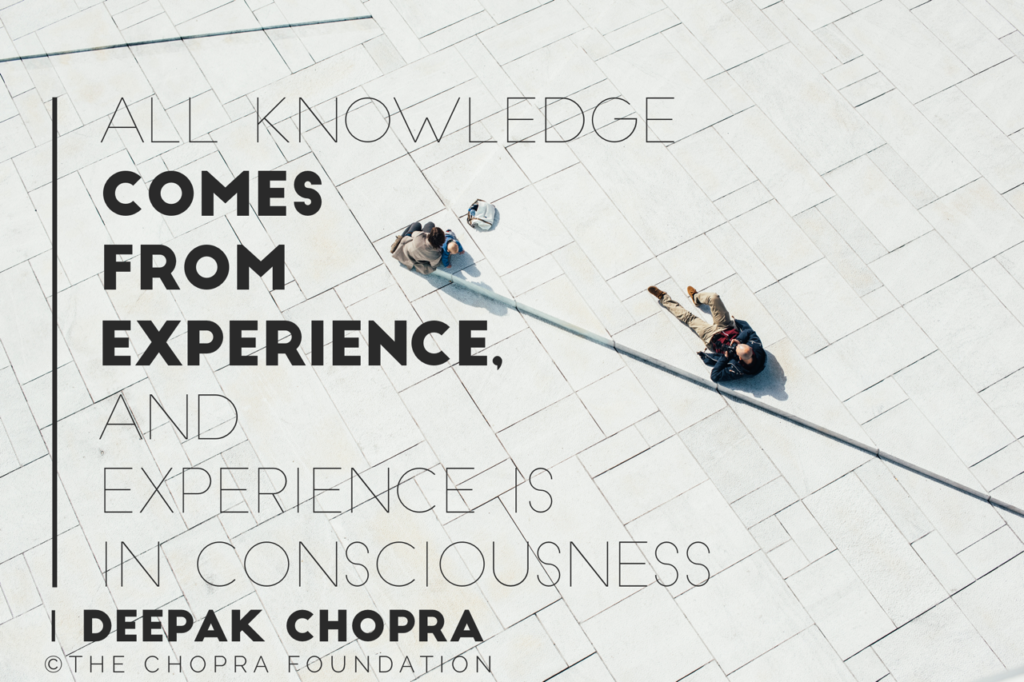 Because the brain knows nothing about itself, neuroscience had to begin somewhere, so it began by assuming that a brain is a privileged object, the only object in the known universe that is conscious. This assumption is almost never questioned by any neuroscientist, because the everyday work in that field consists of tinkering with the brain’s biology. All higher questions about mind, psychology, religion, morals, aesthetics, and metaphysics are reduced to biology. All fixes, insofar as the brain is concerned, are performed at the biological level if the fixer is trained in either neuroscience or its medical branch, neurology.

Yet in assuming that the brain is a privileged object, neuroscience contradicts itself. Objects are things; things have working parts; the working parts, when fully understood, define the thing you are studying and want to understand. But there is nothing privileged about the brain’s working parts. Its basic chemicals are the same as in the rest of the body. The glucose on which neurons feed isn’t smarter than the glucose coursing through the bloodstream everywhere else. Nor is there a point, biologically speaking, where you can say, “Here is where all of this physical stuff learned to think.” As potassium ions pass through the outer membrane of a neuron, as electrical charges build up and get discharged, as neurotransmitters leap across synapses, none of this activity tells us anything about our experience.

It’s obvious in the first place–no one disagrees with this–that we are like computer operators who can get tons of useful information out of the machine without knowing how its inner workings actually work. All of us, like our ancestors, use our brains without bothering to know about neuroscience unless we are especially curious about it. But what makes for total confusion is that we don’t understand the brain even after we open it up and discover how the workings work. That’s not true of computers. It is only true, in

fact, of the brain, because of the root problem no one can get around: The brain knows nothing about itself.

So if you expect the brain to understand the brain, you are heading for a dead end. The brain’s inability to understand the brain is a profound dilemma that isn’t solved through biology. This assertion provokes many neuroscientists to the point of disdain and outrage, because they insist that biology holds the key to everything about the mind. In fact, most of them firmly believe that Brain = Mind. Even so, you can’t get around the problem that the brain knows nothing about itself; therefore, how can it be trusted to know about the mind? The promise that brain biology is sufficient to explain mind, morality, religion, metaphysics, thinking, feeling, creativity, and so on is empty.

So how can we become smarter than our brains? If biology is a dead end, what path to understanding will get past biology? The first step is to acknowledge that the brain isn’t a privileged object. It isn’t the source of the mind any more than a radio is the source of Mozart and Beethoven. The brain, like a radio, is a receiver. The reason the brain doesn’t know that it is a receiver–aside from the fact that it doesn’t know anything about itself–is that it is too involved in the reception. When thoughts, feelings, sensations, and images fill our minds, we are creatures of experience that are enveloped by those experiences.

the second step is to clearly define the question you want to ask. In this case, the question is “How do we know what we know?” Or to put it in simplest form, if you can explain how just one thought or sensation appears, you will understand the whole dilemma of how the brain relates to the mind. For example, photons are invisible, yet light, which is nothing but photons, is experienced by humans as bright. Where does this transformation occur? If you automatically answer that light is perceived in the brain, you run into the difficulty that there is no light in the brain. Nor is there any touch, taste, sound, or smell. Saying that light is inside the brain is like saying that Mozart is inside a radio.

The only viable way to begin to find the correct answers is to concede something very basic: All knowledge comes from experience, and all experience is in consciousness. Neuroscience resists such an answer because it goes beyond biology, yet the subject of the brain always did go beyond biology, into philosophy, psychology, and metaphysics. Trying to fence the mind inside the confined region of the brain’s apparatus was never valid to begin with. The problem of the mind is a human problem, not a neuroscience problem.

Let’s say we agree to expand our investigations and allow for the obvious fact that all knowledge comes from experience and all experience is in consciousness. Now it is no longer difficult to find out why light is bright or where thoughts come from, or how we fetch memories from the past and why we experience a universe in spacetime. They are all conscious phenomena. Assuming that you can get people to follow the argument this far, there is only one step left–but it’s the hardest one. To truly understand the mind,

you must abandon the brain entirely form its privileged position, demoting it to the lump of atoms and molecules that it actually is.

Having done this, you have freed the mind from any dependence whatever on the brain. Mozart lived before the radio and didn’t depend upon it to create music. the mind existed before the brain and isn’t dependent upon it to create thoughts. This extremely logical conclusion, which causes neuroscientists to go ballistic, takes some getting used to. In the Middle Ages God was so necessary that explaining reality from an atheist position was unthinkable–and yet it happened over time. Likewise, explaining the mind without the brain is unthinkable in the present context of scientists–but it will happen. How it will happen is the subject of a new post.