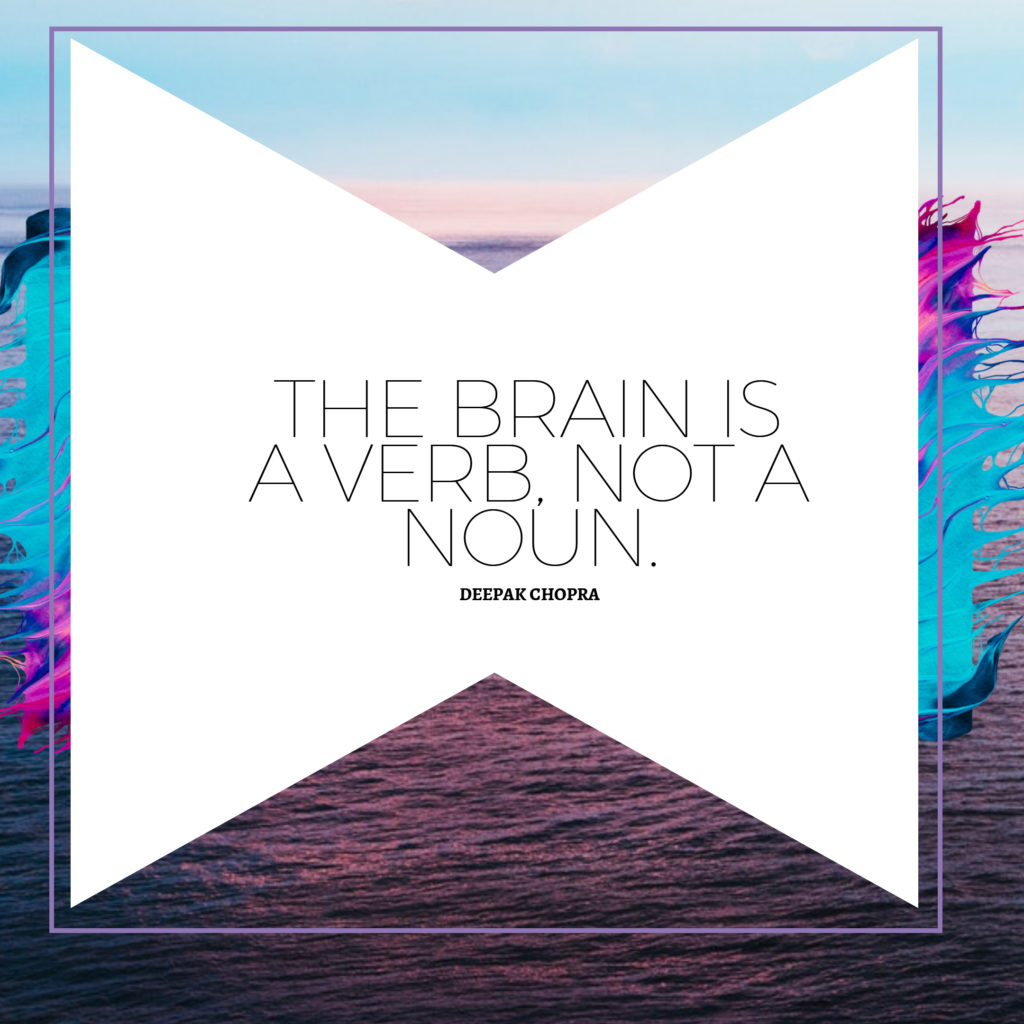 We’re living in a golden age for brain research, which aims to revolutionize how we think, feel, and behave.  Thanks to brain scans like the fMRI, brain activity can be localized and even the most precise activity pinpointed. For example, researchers can spot the minuscule area in the visual cortex that, when damaged, prevents a person from recognizing faces, including one’s own.

The ultimate challenge in neuroscience is to map the whole brain down to the tiniest detail. This is the brain equivalent of mapping the human genome, and a public-private collaboration began in 2013 called the White House BRAIN Initiative is underway.

But what will we use the completed brain map for? One obvious area is medicine. The more we know about what goes wrong in Parkinson’s disease and Alzheimer’s, the closer we get to a cure.  Yet one could argue that a higher goal would be to reinvent how we use our brains. “Reinvent” isn’t an exaggeration. Thirty thousand years ago Homo sapiens had evolved the same genetic array that modern people inherit. In those thirty thousand years arose reading, writing, advanced art and music, government, mathematics, and science.  Their foundation was an ever-evolving relationship between mind and body.

If genes and a fixed structure of brain cells told the whole story, it would remain a total mystery why a cave dweller after the last Ice Age should have just the right complement of neurons to discover gravity or write a symphony. Now we realize that the human brain is far from fixed. New brain cells are being formed throughout life; trillions of connections between neurons are developed; and the genetic activity inside each neuron is dynamic, responding to every experience and every stimulus from the outside world.

Human beings reinvent the brain as we go along, day by day. It’s not a matter of eons. Wherever your mind goes this very minute, your brain goes. In short, the brain is a verb, not a noun. It is reshaped by thoughts, memories, desire, and experience. Once we realize this, the final step in brain evolution can take place—we will fuse brain, body, and mind into a single process, the movement of consciousness.  The groundwork has already been laid.

Because it is dynamic, fluid, and ever-renewing, the brain is much more malleable than anyone ever imagined.  Consider a remarkable British medical journal article from 1980 entitled, “Is the brain really necessary?” It was based on the work of British neurologist John Lorber, who had been working with victims of a brain disorder known as hydrocephalus (“water on the brain”), in which excessive fluid builds up inside the skull. The pressure that results squeezes the life out of brain cells. Hydrocephalus can lead to mental impairment as well as other severe damage and even death.

Lorber had previously written about two infants born with no cerebral cortex, the thin outer layer of the higher brain (cortex in Latin refers to the bark of a tree). Yet despite this rare defect, the two infants seemed to be developing normally, with no external signs of damage. One child survived for three months, the other for a year.  If this were not remarkable enough, a colleague at Sheffield University sent Lorber a young man who had an enlarged head. He had graduated from college with a first-class honors degree in mathematics and had an I.Q. of 126.  There were no symptoms of hydrocephalus; the young man was leading a normal life. Yet a CAT scan revealed, in Lorber’s words, that he had “virtually no brain.” The skull was lined with a thin layer of brain cells about a millimeter thick (less than 1/10 of an inch), while the rest of the space in the skull was filled with cerebral fluid.

This is an appalling disorder to contemplate, but Lorber pushed on, recording over 600 cases. He divided his subjects into four categories depending on how much fluid was in the brain. The most severe category, which accounted for 10% of the sample, consisted of people whose brain cavity was 95% filled with fluid. Of these, half were severely retarded; the other half, however, had I.Q.s over 100.

These findings were not seriously challenged as being false or distorted. However, a controversy arose over how to explain them.  Even now, when the old view of a fixed brain has been replaced, such radical adaptability is mystifying. Researchers witness the brain’s ability to heal in various ways, such as recovering from a stroke, where the dead or damaged areas of the brain no longer function, but other areas take over.

As long as we are stuck with the brain as a physical object that produces the mind, reinventing the brain foresees a dead end. The way forward is to abandon the very assumption that the brain thinks. There has never been the slightest proof that the atoms and molecules inside a brain cell are different from the atoms and molecules outside the brain. There’s little chemical difference between the contents of a brain cell and a drop of ocean water.

We need to realize that brain, body, and mind are on an equal footing. They are all experiences in consciousness. It’s not easy for people to take this step, because we so easily accept that the brain is a privileged object that produces mind the way a bonfire produces heat. First comes the brain, then the thoughts, feelings, sensations, and images that fill our heads. But this sequence of cause-and-effect has never been proved, either.

Nothing is more important for the future of human awareness than to stop feeling dependent on the brain as a kind of magical machine. There is no magic and no machine. To prove why this is so will be the topic of the next post.