The most widely accepted notions about the universe are central to how we view reality. One striking example links birth and death. In the age of faith, religion existed to reassure believers about a higher plane of reality. On this plane, the everyday experience of birth and death was negated. Souls were immortal aspects of being human. Depending on your particular religion, the soul either went to Heaven, if one were good, after death or existed perpetually in a cycle of birth, death, and rebirth. 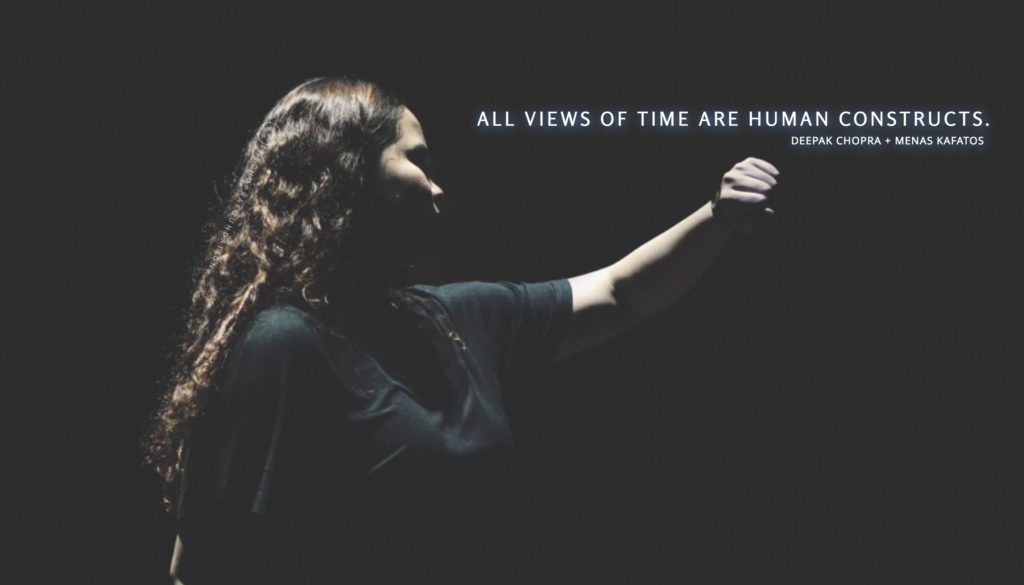 Ironically, science has stuck to these possible scenarios with the universe, even though what science is supposedly famous for is its defeat of religion, or to be more specific, its defeat of metaphysics and the whole notion of a higher plane. If you look closely, the way the universe was born in the big bang and will one day, presumably die, is pure metaphysics. In fact, the big bang and expansion of the universe was first proposed by Georges Lemaître, a Belgian Roman Catholic priest, who was an astronomer and professor of physics at the Catholic University of Leuven. In fact, many have pointed out to the agreement of the big bang view with Biblical accounts in the book of Genesis. Unwittingly, the general public that accepts a casual idea about the universe being born and dying is actually adopting a metaphysical position about human birth and death, not simple, unvarnished, provable facts.

In our book, You Are the Universe, we cover this topic in great detail, but here’s a thumbnail sketch of our argument. If you ask a simple question like “What came before the big bang?” you are posing a paradox. “Before” and “after” have a meaning only in time, and linear time at that. There is no evidence of any kind that time existed before the big bang. Moreover, what we typically think of as time–the tick tock on a clock face–depends on having a human nervous system. Einstein broke free of this model, where we think we intuitively know what time is, when he introduced the concepts in his theories of relativity. In those theories, the speeding up or slowing down of time depends on the frames of references of observers. Time is not universal. For example, a moving observer’s time slows down as seen by a stationary observer. Slowing down of time also occurs when an observer is falling towards a black hole, as seen by a distant observer. The effect is still there, but tiny, in all gravitational fields, including the Earth’s gravity.

The relativity of time depended upon a new theory, and if we stand back, we discover that all views of time are human constructs. If time seems linear, that’s because we humans have modeled it that way in accord with our nervous system. It is just as viable to construct other models of time. For example, your body obeys natural rhythms in accord with the planetary, lunar, and solar cycles. The very notion of “time passing” fits with the firing of neurons in the brain, which have a beginning, middle, and end.

If you drop every model, something surprising happens. They are not needed. For example, you can view your daily life as occurring entirely in the present moment. The present moment is not a clock phenomenon. Clocks measure intervals–seconds, minutes, hours–while the present moment has no interval. It’s always here, endlessly renewing itself, unmeasurable, and fleeting. Because the instant you try to capture it, it’s gone. This implies that the “now” is actually outside time. It can be defined either as instantaneous or eternal. Both are valid as verbal descriptions but in the end invalid, since the vocabulary of time doesn’t apply to the timeless.

The same is true of the big bang or the potential end of the universe. Time doesn’t begin or end in an absolute way. It is a convenient way of using words. Time is simply a concept that fits various physical models. But its origin is as much in metaphysics as in physics. When someone believes he will die and go to Heaven for eternity, the typical, casual definition of “eternity” is a long, long time. But that’s not true, because whatever is eternal must be outside time. Ultimately, the only participation we can have in time, outside time, or with a dimension of inconceivable time, occurs in our consciousness. Whatever we can experience determines the nature of time. It is just as true to say that the big bang is occurring right now as to date it back to 13.8 billion years, because only when we think about the event do we draw the big bang into the world of human experience, and thinking happens in the now.

None of these conclusions are speculative–quantum physics and cosmology deal with them–and cosmologists and quantum physicists argue over them–every day. Without settling the vexing questions of “What came before the big bang?” “Where did time originate?” and “What is the timeless like?” we only want to point out that time has no meaning outside a specific frame of reference. There is no “real” time, only models of time constructed in human awareness. Once we realize this simple fact, the capacity to move beyond all models, to truly lose our fear of death, come alive. The spiritual concept that we were never born and will never die then becomes viable, too.

Menas C. Kafatos is the Fletcher Jones Endowed Professor of Computational Physics, at Chapman University. He is a quantum physicist, cosmologist, and climate impacts researcher and works extensively on consciousness. He holds seminars and workshops for individuals,health and mental professionals, practitioners of contemplative traditions, and corporations on the natural laws that apply everywhere and are the foundations of the universe, for well-being and success. His doctoral thesis advisor was the renowned M.I.T. professor Philip Morrison who studied under J. Robert Oppenheimer. He has authored 315+ articles, is author or editor of 15 books, including The Conscious Universe (Springer), Looking In, Seeing Out (Theosophical Publishing House), and is co-author with Deepak Chopra of the forthcoming book, You Are the Universe (Harmony). He maintains a Huffington Post blog. You can learn more at http://www.menaskafatos.com