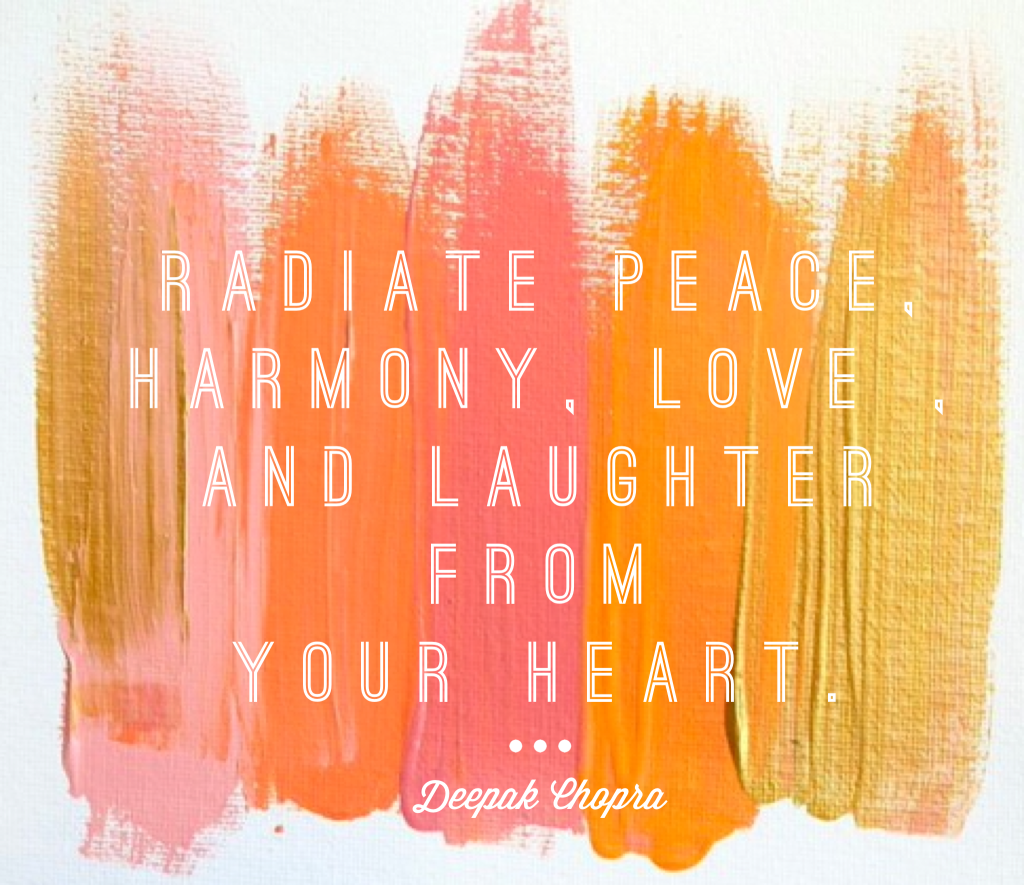 We seem to be living out the Chinese curse, “May you live in interesting times.” The curse is probably mythical, but our interesting times contain much turbulence. The horrific refugee situation in Syria, the rise of the even more horrific ISIS movement, not to mention Ukraine and news of natural disasters that never ends–from media reports you might think the humanity is unraveling and the planet with it.

But in the face of chaos, some facts remain constant and stable:

To advance the cause of peace, you must be at peace.

The wars around the world reflect a war in human nature.

No dispute is ever settled unless both sides achieve a level of mutual satisfaction.

When politics comes down to rigidly opposing views, such as one side wanting armed intervention in the Middle East while the other side wants to stay out, all of these facts are being ignored. That’s why the Iraq War ended in chaos, because the issues were never resolved so that all sides achieved mutual satisfaction, and why grudges that simmered for centuries suddenly erupt today.

But the fact that is critical is the first one. You can’t help the cause of peace unless you are peaceful. This means several things on the personal level:

You sympathize with all suffering, no matter which side you take in a conflict.

You don’t see violence as the solution.

You can detach yourself from judgment and blame.

You don’t give in to us-versus-them thinking.

If you can achieve these things, you will stop being inflamed by constant streams of bad news from around the world. You will be detached form partisanship, and you won’t buy into demagoguery. People who aren’t at peace are sucked in by the thrill and anguish of catastrophic events, and when that happens even a President can act out of impaired judgment, leading the nation into reckless ventures doomed to failure from the start.

It’s sometimes hard to accept that being at peace is actually a form of “active detachment.” It’s active in that you want to help the situation. It’s detached in that you keep your head about you and see that the world doesn’t change from crisis to crisis–it changes when people’s awareness changes. To an outsider religious disputes seem pointless and totally unnecessary. But if your worldview tells you that God is testing your faith every moment, detachment isn’t possible.

To be at peace doesn’t detach you from the values you get emotionally involved with, but it guards you against the constricted awareness that fuels conflict. I think that Pope Francis understands active detachment. He stands above the fray, as all Popes do, to minister to humanity, but at the same time, unlike many of his predecessors, Francis doesn’t stand idly by but offers practical proposals.  It’s totally worthwhile, even morally our obligation, to aid the programs that might heal divisions and ultimately the planet. But a viable action plan must come from peace or else it has no chance of succeeding.