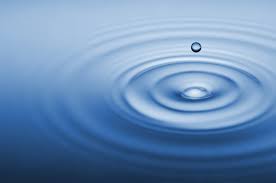 The time is ripe for a theory of cosmic mind to be seen by all scientists, not as a speculative notion that conflicts with basic scientific principles, but as a necessary part of a rational science- based understanding of ourselves and nature. The earlier idea, cemented into science by the work of Isaac Newton, was that mind belongs to subjective reality “in here” while physics deals with objective physical reality “out there” and that latter by itself was the proper subject of physical science. The undoing of this separation is one of the fascinating sagas of modern quantum theory. Yet even if you are an outsider to the intricate mathematics of quantum mechanics, you can sympathize with the frustration of scientists who use their minds every day without really knowing what the mind is or where it came from.

Some physicists attempted to bypass the thorny issue of mind by dividing Nature into two physical realms, the microscopic (the small scale where quantum mechanics has been triumphant) and the macroscopic (the large scale where everyday objects obey the laws of classical physics). The microscopic description is designed to include all of the micro-physical elements from which all physical things are made. To assert that this description fails for large things and is replaced by another needs careful explaining. The standard answer, in brief, is that the macro-description is not a description of physical reality itself, but is rather a description of our perceptions of that reality, and that the laws of nature entail that the act of perceiving it not only informs us, but also alters the world itself in a way that brings it into concordance with our collective experience. These alterations are the famous quantum “collapses”.

But these reactions of the world of physically described micro-elements to our acts of perceiving mean that the micro-physical (quantum) part of nature is more mind-like in its behavior than matter-like. When new information is acquired, or appears in an observer’s stream of consciousness, the world of micro elements makes a sudden global jump to a new structure compatible with the new information. But that kind of jump is how “ideas” behave: they suddenly acquire a new form compatible with the new information. Thus the physically described micro-structure is fundamentally “idea-like” in character.

This sudden jump is “global”: it extends in principle over all of physical space at an instant of time. The behavior of the micro world is therefore more “idea-like” than matter-like also in this global sense. In the standard interpretation of quantum mechanics this sudden change in the physical state is due to an action made by “nature”. It is as if the global micro-world is an idea in nature’s mind, and that nature, in response to the observer’s probing of the physical world, changes her mind.
A second problem pertains to another “instantaneous” aspect of quantum mechanics. Within that theory one can consider a class of well defined and often actually performed experiments in which two experimenters working in far-apart labs can each arrange to have last minute choices made as to which of two alternative possible measurements will be made in their respective labs. It can rationally argued that these choices of what to measure can be considered “free”, in the sense of not depending upon the system being measured. The two experiments are performed at the same time in the two far-apart labs. Then it can then be proved that the truth of these empirically verified predictions of quantum mechanics cannot be reconciled with the demand that, for each of the two regions, the outcome there cannot depend on the free choice made at essentially the same instant in the faraway region about which experiment will be performed in that faraway region.

This conclusion is incompatible with the idea that the physically described systems are essentially matter-like, with the velocity of transfer of information therefore limited to less than or equal to the speed of light. Once again the behavior of the quantum mechanical features of the physically described world is incompatible with the idea that that those physical features reside, in and are carried by, matter. These features behave is as if they were ideas in a globally cognizant mind that can instantly know, when choosing an empirical outcome in one region, which experiment is being performed at essentially the same instant in very far away region.

There is, of course, strong resistance in science to jumping from these “as ifs” to the serious alternative of building a contemporary-science-based theory of nature on a conjunction personal minds carrying our conscious experiences and an objective mind carrying the quantum mechanically described properties, with the detailed properties of these minds specifically tailored to explain empirical data. Such a theory is, in fact, apart from choice of words, what quantum mechanics already is!

Another problem with dividing Nature into microscopic quantum-physics parts and macroscopic classical-physics parts is that classical physics assumes the observer is passive. As you watch snow fall or a tree grow, your observation supposedly doesn’t influence those processes. Yet this seemingly simple assumption has a hidden dimension. How do you know that snow is falling or a tree is growing? Through your mind, which delivers the only version of reality that human beings can possibly know and experience. Trees and snow, along with everything else in the perceived macroscopic world, exist as experiences created mentally, although we don’t know how. We know only that the idea that our perceptions match an unperceived reality is unprovable. So unless physics includes a theory of mind it can’t declare some reality “out there” is somehow connected to our experience “in here.”

The dual aspect of quantum behavior, both physical and psychological, is included in the orthodox interpretation of quantum mechanics devised by the brilliant Hungarian-American theorist John von Neumann. The fact that the known physical laws for the physical state of the particles can’t explain how they behave is critical here. Something beyond the physical state is involved.

Von Neumann’s quantum mechanics is explicitly dualistic. But the trouble with a conception of nature composed of two fundamentally different parts is the resulting impossibility of understanding the connection between the parts. The fact that in orthodox quantum mechanics the physical part turns out to be basically idea-like converts the nominal dualism into an idealistic monism. This conclusion, which has been reached by many if not most of the greatest philosophers of the past, but which had been hard to reconcile with science, now appears to be entailed by the orthodox principles of quantum physics.

Henry Stapp is a theoretical physicist at the University of California’s Lawrence Berkeley Laboratory, specializing in the conceptual and mathematical foundations of quantum theory, and in particular in the quantum aspects of the relationship between our streams of conscious experience and the physical processes occurring in our brains. Stapp worked closely with Werner Heisenberg, Wolfgang Pauli, and John Wheeler, and is author of two books on the quantum mechanical foundation of the connection between mind and matter: “Mind, Matter, and Quantum Mechanics;” and “Mindful Universe: Quantum Mechanics and the Participating Observer.” These works lay the foundation for a science-based approach to the question of human free will.