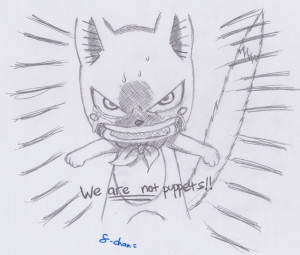 The notion that human beings walk, talk, think, and do things because our brains control us is a fringe idea, easily refuted with a few moment’s thought and rarely taken seriously. But it got a boost from an Op-ed piece in the New York Times last week under the title, “Are We Really Conscious?” Thousands of readers were exposed to an argument that has been around for decades, holding that the brain is a machine analogous to a computer, and its working parts (neurons) operate through strict cause and effect. Therefore, when we believe that we have free will, we are as mistaken as marionettes controlled by invisible strings.

The author of the Op-ed piece, a Princeton psychology professor named Michael S. A. Graziano, states the extreme case for brain-as-machine: We are fooling ourselves to believe we are conscious. He also states, quite falsely, that this mechanistic view is the only viable explanation for consciousness currently to be found in science. Actually, there are a number of annual conferences on the topic of science and consciousness, and it’s fair to say that Graziano’s strict materialistic view, although a pet theory in the field of Artificial Intelligence (AI), rarely comes up in these conferences. But with the name of a prestigious university attached, his Op-ed piece will start a discussion, so here’s my contribution.

Here are five points made in the piece and why they’re wrong:

Actually, human beings are neither of these. Our nervous system makes us unique on the evolutionary ladder, which is more than being a twig. Yet we are biological creatures, as if this needs stating.

It’s quite true that a scientific explanation for subjective experience has yet to be successfully formulated, but the very worst theory is the one Graziano favors, that consciousness is an illusion, the only reality being electrical and chemical activity in the brain.

It’s obvious at face value that human beings have a mind while the molecules of water and organic chemicals that make up the brain do not. Creating a bridge from neural activity to mind is very difficult, but to say “Wait, I have the answer. The conscious mind isn’t real,” is nonsense.  This is like solving the question of gender equality by saying that women don’t exist.

Even the statement that a camera-plus-computer setup can determine that grass is green is flat wrong. The wavelength of light that falls into the spectrum of green doesn’t become a color until processed by a nervous system. Photons have no color. Indeed, we have no idea if other creatures see green as green. What we do know for certain is that a camera and computer have no perceptual ability whatever.

To be accurate, all of us think we have inner feelings, not most of us, and this includes Prof. Graziano when he burns himself at the BBQ, finds out that a loved one has died, or got an appointment at Princeton.  He calls the refutation of inner feelings “skeptical,” but he might want to consult arch-skeptic Sam Harris, whose new book, Waking Up, is entirely devoted to the validity of subjective feelings.

This point is flogged to death by similar thinkers like Daniel Dennett who somehow believe they can accuse the brain of being faulty, fallacious, and unreliable while with the other hand relying on the brain and nothing but the brain for the existence of mind. Leaving that aside, the brain doesn’t build up models of anything.

Imagine a CD-ROM as it stores the symphonies of Mozart through the processing of digitized information. A mind has to create the storage, decided what to select, etc. The brain without instruction is as mindless as a CD-ROM, and to say that the world we perceive amounts to stored information is a sleight of hand—it skips the part where a mind actually understands and experiences the world. Again, neurons are made of molecules, and molecules don’t create or listen to music. They don’t create any experience of the world, any more than the wood and ivory in a piano experience music even though music is played on a piano.

This notion that mind = information is at the heart of AI, but even if we throw out all counter-arguments and accept the premise, it falls apart immediately, because “information” as such requires a mind. Without a mind, zeros and ones have no meaning. Only mind can turn digits into a language. To take the position that the brain is all that’s needed to build a model of the world would mean that zeros and ones figured themselves out and turned themselves into a mathematical language all on their own –absurd.

Prof. Graziano goes on to describe his own laboratory work in developing an “attention schema,” which would make attention a process involved in the coding and decoding of information, while awareness is the brain’s inaccurate version of attention, which a computer would do better because it can be built with better computing chips than the brain possesses.

The intellectual vacuity of this line of thinking would cause despair but for one thing. Neuroscience knows what it’s doing technically, like a piano tuner called in to fix a piano. Many human ills and difficulties can be traced to brain processes gone awry. There is great good to be achieved by delving into the physiology of the brain.

If Graziano and other technical-minded types believe that human beings are brain puppets, no harm done. It’s a bizarre, self-contradictory, empty notion. Meanwhile, the ability of the mind to alter the brain, create new neural pathways, break old conditioning, generate new brain cells, promote well-being, and even direct gene expression forms the true frontier of neuroscience. The mind-body connection has never been as promising as it is today. If Graziano is facing in the opposite direction, that’s his right.  One wishes that his brain cells would create a different and better illusion for him, though.