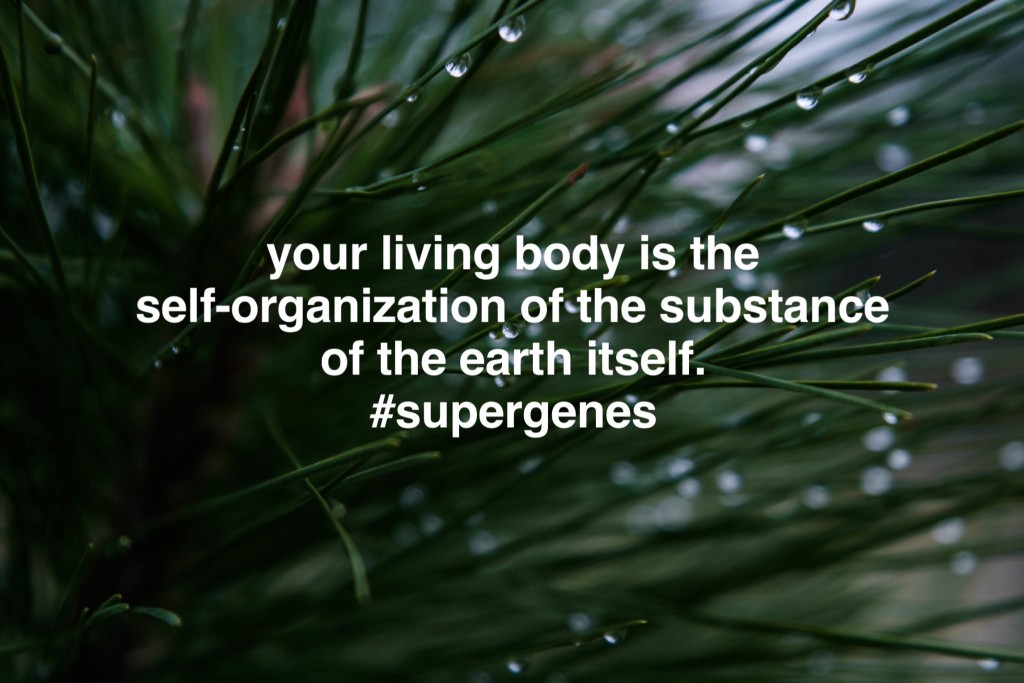 Science concerns itself with reality, in the form of “real particles”, “real organisms”, and the “real universe”. The tacit assumption is that science can answer the question of reality itself. If this wasn’t the case, science would have a hard time explaining why it holds a special place as a human activity. So one must grant that science concerns itself with the reality of “objects”. What this assumes, of course, is that objects exist independent of conscious experience. In the first two articles of this series, we’ve discussed the evidence that our universe is in fact fundamentally mental. What we call physical things and events, as it turns out, do not exist independently of subjective experience.

If they did, how would one even prove such existence? Conscious experience is the only way that reality can be known. The implications of this increasingly unavoidable conclusion—that the universe must be approached as fundamentally mental—are often misunderstood. For this reason, the vast majority of scientists cling to the belief in materialism, regarding anything else as metaphysics and not science. The goal of the present article is to address some of these misunderstandings.

To begin with, we aren’t proposing that human mental activity is necessary for the world to exist, i.e., for it to be real. Or to put it another way, reality can be independent of the human mind, but not necessarily of mind or consciousness in general. When we say that the universe is mental, many people interpret this to mean that reality is in our heads. Precisely the opposite is the case: if all reality is mental, then our heads and bodies, as parts of reality, are in the mind. This may sound surprising at first, but it is entirely consistent with everyday experience. There is nothing to our bodies but our felt perceptions of them. A body is what a particular swirl in a transpersonal flow of experiences looks like, just like a whirlpool is what a particular swirl in a stream of water looks like.

Indeed, to say that the universe is mental does not mean that it exists only within the limited minds of humans. Instead, the universe is the expression of a universal mind that transcends personal awareness. This is what we call fundamental conscious awareness. Our seemingly separate human minds are dissociated personalities of this universal mind, akin to the multiple personalities of a person with Dissociative Identity Disorder. The ideas and emotions experienced by the universal mind—within which we are all immersed—are presented to us in the form of the empirical world we see, hear, touch, taste and smell. This is analogous to how the ideas and emotions of another person are presented to us in the form of the person’s brain activity, which we can also perceive through fMRIs and other instrumentation.

Many argue that the fact that the universe obeys stable and predictable laws implies that it cannot be mental. The motivation for this argument is that our human imagination seems rather unstable and unpredictable. However, as argued above, the universe is the expression of a universal mind, not of human imagination, not of human minds. The cognitive activity in this universal mind—the universal conscious awareness—may very well unfold according to predictable regularities, such as what we’ve come to call the laws of nature. As a matter of fact, even our human minds, when analyzed in depth, reveal stable, collective patterns of behavior called archetypes. The laws of nature are simply the archetypes of the universal mind.

As such, the universal mind cannot be explained, and does not need to be explained in terms of anything else. It simply is. Everything else, in turn, needs to be explained in terms of the behavior—excitations, modulations, vibrations, movements, or whatever other metaphor is most suitable—of the universal mind. This is the challenge incumbent upon theories of the mental universe, which the authors of this article strive to contribute to.

Quantum mechanics has thrust upon us a totally different sense of reality than the everyday reality we infer from our senses. Everyday reality is essentially the reality described by classical physics: Quantum mechanics fundamentally states that the world and everything it contains is not independent of acts of measurement, i.e., measuring something is how physics derives all “physical” properties.

In the quantum universe, where reality is already mental in the above sense, the usual assumption held by modern neuroscience, that the brain creates the mind, cannot work. Of course, without the physical brain, human mental processes of the waking and sleep states would not be possible. But this does not imply that the mental realm ends here, in the physical brain. Such a claim is like saying that without a physical radio, broadcasts consisting of electromagnetic waves cease to exist. The brain does not create the sense of mental reality but is necessary for human cognition and human experience to take on their specific human attributes.

One can rightfully ask, if reality is quantum, how come we have what appears to be a classical world with definite objects, boundaries between objects, and the lack of quantum effects like entanglement and non-locality? This is a serious question which deserves detailed discussion. Here, we’ll only address the overarching issue of quantum reality. In a recent published work, building on the fact that quantum non-locality is inferred (the so-called veiled non-locality) and naked singularities inside black holes cannot be perceived (known as cosmic censorship), Kafatos and Kak present the view that general relativity and quantum mechanics will be unified only when consciousness is brought into the picture. The sense of reality that one obtains, wherein perception, quantum mechanics and consciousness are all at interplay, is examined by Kak, Chopra and Kafatos.

One final point should be made. This series of articles was originally motivated by an essay written by physicist Lawrence Krauss in The New Yorker.  As such, it is only appropriate that we conclude this review of misunderstandings about the mental universe by considering a particularly naïve example given by Krauss himself. He writes, “If consciousness matters [for determining reality] then the inner thoughts of the experimenter who operates the machines would also have to be reported when we write up the results of our experiments. We’d need to know whether they were daydreaming about sex, for example.”

The error here is rather blatant: to say that all reality is determined by mind does not mean that every mental content co-determines every aspect of reality. Let’s turn this around to make it clear: Krauss subscribes to the notion that reality is physical and thus independent of mind. Yet, he presumably does not believe that the physical contents of the experimenter’s digestive tract are relevant for the experiments, otherwise everything the experimenter ate in the past few days would “have to be reported when we write up the results.” By the same token, in a mental universe not all mental contents are relevant to the results of specific experiments.

Deepak Chopra MD, FACP, founder of The Chopra Foundation and co-founder of The Chopra Center for Wellbeing, is a world-renowned pioneer in integrative medicine and personal transformation, and is Board Certified in Internal Medicine, Endocrinology and Metabolism.  He is a Fellow of the American College of Physicians and a member of the American Association of Clinical Endocrinologists. Chopra is the author of more than 80 books translated into over 43 languages, including numerous New York Times bestsellers. His latest books are Super Genes co-authored with Rudi Tanzi, Ph.D and Quantum Healing (Revised and Updated): Exploring the Frontiers of Mind/Body Medicine.  www.deepakchopra.com

Menas C. Kafatos is the Fletcher Jones Endowed Professor of Computational Physics, at Chapman University. He is a quantum physicist, cosmologist, and climate change researcher and works extensively on consciousness. He holds seminars and workshops for individuals and corporations on the natural laws that apply everywhere and are the foundations of the universe, for well-being and success. His doctoral thesis advisor was the renowned M.I.T. professor Philip Morrison who studied under J. Robert Oppenheimer. He has authored 300+ articles, is author or editor of 15 books, including The Conscious Universe (Springer), Looking In, Seeing Out (Theosophical Publishing House), and is co-author with Deepak Chopra of the forthcoming book, The Creative Cosmos (Harmony). He maintains a Huffington Post blog. You can learn more at http://www.menaskafatos.com

Bernardo Kastrup has a Ph.D. in computer engineering with specializations in artificial intelligence and reconfigurable computing. He has worked as a scientist in some of the world’s foremost research laboratories, including the European Organization for Nuclear Research (CERN) and the Philips Research Laboratories (where the “Casimir Effect” of Quantum Field Theory was discovered). Bernardo has authored many scientific papers and five philosophy books: Rationalist Spirituality, Dreamed up Reality, Meaning in Absurdity, Why Materialism Is Baloney, and Brief Peeks Beyond. He has also been an entrepreneur and founder of a successful high-tech start-up. Next to a managerial position in the high-tech industry, Bernardo maintains a philosophy blog, a video interview series, and continues to develop his ideas about the nature of reality. He has lived and worked in four different countries across continents, currently residing in the Netherlands.