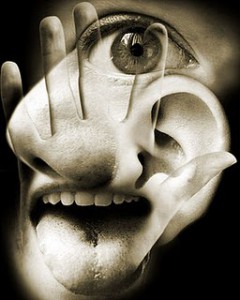 We live in an especially dispirited time when people say, totally without irony, “Life is unfair” and “No good deed goes unpunished.”  Is there proof that life is, in fact, fair or unfair?  The question doesn’t even make sense if you believe that the universe is cold, random and devoid of meaning.  That’s the usual rationale for saying that life is essentially meaningless, sometimes posed as a scientific view. But no one experiences their own life as being without purpose and meaning, so this rationale begs the question.

The Indian spiritual tradition argues that life is completely fair, down to the fall of a leaf, because the universe is morally balanced by the Law of Karma.  The Vedic scriptures go into extensive detail about the operation of karma – in Sanskrit the word simply means “action” – but the gist of a moral universe is simple, as stated by Saint Paul in the New Testament:  “Do not be deceived: God cannot be mocked. A man reaps what he sows.” (Galatians 6:7)

In this advice there is an implicit warning about not trying to fool God, who sees every good and bad act.  Jesus makes the same point without the warning: “Give, and it will be given to you. Good measure, pressed down, shaken together, running over, will be put into your lap. For with the measure you use it will be measured back to you.” (Luke 6:38) The idea of God balancing good and evil goes back to the Hebrew Bible, as for instance in this verse from the Book of Job: “As I have seen, those who plow iniquity and sow trouble reap the same.” (Job 4:8)

But as soon as you mention Job, you’re reminded that he was a totally righteous man who suffered horrific afflictions essentially because of a wager between God and Satan.  Job doesn’t know that God is testing him, only that the only way he can endure his predicament is to have faith and not renounce the Lord.  And the fact that Jesus, the very emblem of holiness, died on the Cross would seem, on the face of it, to defy and mock the notion that God, the universe, and life are fair. The game seems rigged to the benefit of evil, which can have its way without divine interference, and if you decide that there is no force of cosmic evil, then the alternative is a blind fate, striking down the innocent and the guilty alike.

Yet somehow none of this has eradicated the widespread belief that goodness is rewarded and evil punished.  Delaying the reward and punishment until the afterlife or Judgment Day is one way to patch up the holes in the law of Karma.  A similar way is to postpone them until a person’s next incarnation (this escape route is quite common in India, where ill fortune is often passed off, usually with a shrug, as the result of bad acts in a former lifetime).

If you want to save the Law of Karma in a serious way, one that makes a difference to how people live their lives, there are a few genuine alternatives that should be considered:

1. The balance of good and evil can be taken as basic morality, leading one to live a virtuous life.

2. Evidence of the balance of good and evil can be sought within, through insight and intuition.

3.  The doctrine of the afterlife, with or without reincarnation, can be accepted and justified.

The first option is simple and practical. It says, in essence, that the balance of good and evil belongs in the human world. It is we who do good and bad things, so it’s our responsibility to be moral. That’s why a stable, workable society values justice, sets up laws and a court system, adopts a constitution, etc. Human nature may contain much badness, but our better angels – and centuries of experience – have guided us to choose morality over immorality (with a lot of secret slippage). Even gross evils like war can   successfully fit into a model of justice, hence, the “good war.”

The problem with this version of karma, making it a human responsibility, is that we are left with a potentially cruel, indifferent, or absent God. We are also stuck with a dead-end universe that offers nothing but random events at its foundation.  Beneath the surface of a civilized society lurks monstrous things – crime, famine, cruelty, repression, despair, famine, poverty – that call humanity itself into question. Indeed, the weight of inhumanity and suffering in the world has been a major motivation for religions, which promise a better life, higher, consciousness, and a transformed world.

Which bring us to the second and third versions of karma.  They argue that life isn’t meaningless, that religions aren’t indulging in fairy tales to distract people from total misery, and that a moral creation is, in fact, the one we live in. these points seem ridiculous to many doubters and outright evil to militant atheists, who argue that surviving in the reality of a cold, meaningless universe requires true courage – accepting the nonsense of religion is pure myth and fantasy papering over the countless wrongs committed in the name of God.

To counter this rational, secular position requires a deeper look into the Law of Karma and why there are viable alternatives than either blind faith or blind skepticism.

Deepak Chopra, MD is the author of more than 75 books with twenty-two New York Times bestsellers including Super Brain. Join the weightlessproject.org to eradicate obesity and malnutrition. For more interesting articles visit The Universe Within.