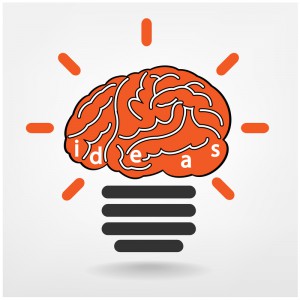 Although everyone as a practical matter accepts “reality as given” – the world presented by the five senses – that common-sense version of the world was radically undermined over a century ago with the advent of relativity and quantum theory.  Equally dramatically, results from neuroscience show that mind creates representations of reality as in the phantom limb phenomenon. The trail from this ongoing revolution leads to current theories about a conscious universe, one that displays all the attributes of mind. In other words, mind precedes matter. The first post in this series introduced this concept, which if true would revolutionize everyday life. Reality itself, as explored by cutting-edge theories in physics, cosmology, and neuroscience, is giving us hints that we should look at the world through fresh eyes.

Some of the most intriguing thinking about the universe can be gathered under two rubrics: veiled non-locality and cosmic censorship. Veiled non-locality describes how the universe — and the human brain — disguises its wholeness in order to produce specific (i.e., local) events. This filtering process allows for specific observations and thoughts in a classical world of everyday experience, while keeping quantum and general relativistic processes out of sight. Cosmic censorship, on the other hand, describes the inability of distant observers to directly observe the center of a black hole, or “naked singularity.” The center of the black hole is presumed to be the same as the quantum vacuum, which exhibits no behavior of matter or energy. This gives us a zero point – invisible, intangible, unlocatable in spacetime – that is the origin of the visible cosmos.

Between them, these two hypotheses remove a substantial amount of prejudice and unsupported belief. There is no longer a need to defend crude materialism in terms of subatomic “building blocks” as the basis for reality.  Reductionism is the foundation of any “bottom up” model, and the base of the pyramid, like it or not, isn’t solid things or even stuff. At bottom the universe is emergent from the quantum vacuum, a “nothing” that contains the potential not just for our universe but for multiple, perhaps even infinite universes. Decades ago the noted physicist John Archibald wheeler of Princeton declared that all of physics is based on the quantum vacuum, and time has borne him out.

At the same time, an opening has been made for a “top down” interpretation of the universe based on a single holistic foundation, from which individual events spring. But what should the foundational principle be?  If the materialistic monism is to survive, everything must be derived from the quantum vacuum.  Cosmic censorship and veiled non-locality provide a prop for materialism, because it can be taken as axiomatic that some aspects of reality will never be observable; this removes the onus for finding data that support the emergence of consciousness. In brief, the materialistic position becomes “We have found all the data that can be found, and from our findings the conjecture that mind arose from matter is as reliable as it can be. The rest is hidden, not from any flaw in our position but due to the nature of things.” 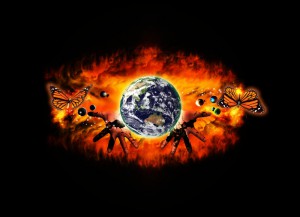 The idealist monism can claim stronger support, however. Its great obstacle, as we mentioned, is to describe how mind creates matter.  At its basis, any creative agency must be overarching and separate from its creation (otherwise, one is left with the self-contradiction of asking who made the creator).  Cosmic censorship can be interpreted as an invisible creative agency that organizes reality but permits human observers only a glimpse of it, just enough to fit the limited mechanics of the human brain.  With veiled non-locality, one can point to something beyond spacetime, and this something gives rise to everything local in the cosmos – from the Bing Bang to neutrinos, from a single hydrogen atom to DNA – without revealing itself.  The theological dictum that God’s ways are not justified to man now has its scientific correlate. The whole doesn’t have to justify itself to the parts.

If both styles of monism are supported by these new hypotheses, we are obliged to settle on which is right. This age-old contest is no longer the same.  The balance has discernibly shifted in favor of idealism, but since that’s an outmoded term, let’s call it consciousness-based reality.  More than a century after Planck, Heisenberg, and Schrödinger had their insights, physicists have begun to take consciousness seriously again.  If a demand for parsimony matters, it is simpler and more elegant to derive matter form mind than vice versa.

In the next post we’ll build a bridge from scientific thinking to everyday life. If, as we believe, reality has been hinting at a conscious universe, the same hints should be detectable at the human level.  The cosmic mind should have impacts on the brain, as indeed it does.