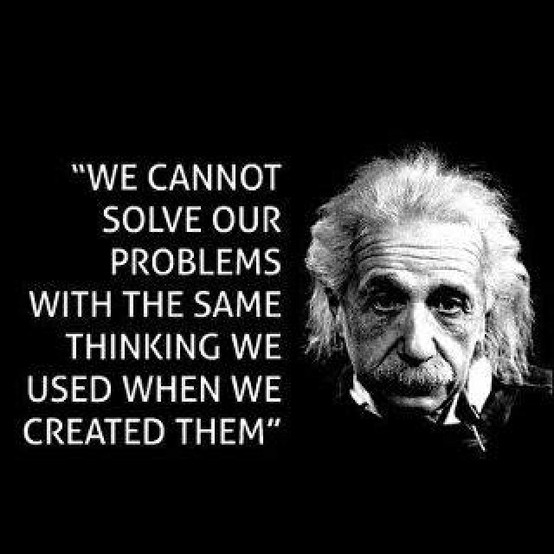 Sleep crops up in unexpected places medically, as in the recent finding that for people suffering from bouts of depression, irregular sleep is often the first sign of an attack, and conversely, getting a good night’s sleep can help prevent the onset of depression. But the importance of sleep has become more global in recent years, involving it in obesity, for example, where bad sleep throws off the hormonal balance that tells the body when it’s hungry.

Even as sleep becomes more critical for all manner of bodily functions, this only highlights the mystery that is sleep. Sleep is certainly a physiological necessity, but neuroscience can hardly improve on Shakespeare’s observation after the guilty Macbeth cannot fall asleep.

Macbeth: Innocent sleep. Sleep that soothes away all our worries. Sleep that puts each day to rest. Sleep that relieves the weary laborer and heals hurt minds. Sleep, the main course in life’s feast, and the most nourishing.

Even in our advanced scientific age sleep rules its own domain, remaining essential without telling us why. Babies spend most of their days sleeping, but why? Why do creative solutions sometimes arrive in our sleep or soon after waking? (“A problem difficult at night is often solved in the morning after the committee of sleep has worked on it.” –John Steinbeck) Do plants go through rest cycles that are the equivalent of sleep? (Science’s inability to explain either the mechanisms or the purpose of sleep has been reduced to a geeky punchline: “The only well-established function of sleep is to cure sleeplessness.”)

Such puzzles have been made even more topical by a recent study in mice which showed that one of the roles of sleep may be to clear out the accumulated garbage from the brain. If this was the only explanation, however, then why do we need to spend one-third of our day unconscious – could evolution not have developed a system to clear out trash while we are awake (much like urination or defecation)?

Nor can we assume that being awake and conscious is simply the reverse of being asleep – a switch that’s turned on and off in some tiny alertness center deep in the brain.  So-called lucid dreams appear even more real than everyday events, but when we wake up we realize that they are neurological illusions.  What if the same is true of the reality we accept when wide awake?

The Science of Sleep | THE RABBIT HOLE with Deepak Chopra

Let’s take a look at some facts that may help us grapple with sleep’s mystery and its insights.

Sleep is a state where the organism’s consciousness is reduced or absent, and it loses the ability to use all nonessential muscles (in deep sleep you are essentially paralyzed and cannot move your limbs).  Sleep follows a circadian (24 hour) clock regulated partly by sensors in the body, partly by will, and partly by the environment.  Sleep on any given night cycles through different phases/stages such as deep sleep (non-REM) and rapid eye movement sleep (REM) – these are differentiated through EEG tracings.

From birth to old age there are dramatic changes in the amount of time humans spend in various sleep stages as well as overall sleep.   Babies sleep for 15 or more hours, which then steadily decreases to 10-11 hours for children and adolescents, 8 hours for adults, and 6 hours for the elderly.

The amount of time spent in REM versus non-REM sleep also decreases through life.  Premature babies spend almost all their sleep (some 75%) in REM sleep, whereas full-term babies typically spend about 8 hours nightly in REM, which drops to about 1-2 hours nightly in adults. During REM sleep the brain shows high activity (gamma waves) and high blood flow, sometimes even more than while awake, and scientists believe this is when the brain rehearses and consolidates actions and memories.  On the other hand, non-REM sleep is associated with reduced blood flow as well as slow waves called delta waves.

Dreams mainly occur in REM sleep but may also occur in other sleep phases. One can only wonder what a newborn baby, who spends 8 hours in REM sleep, is dreaming about since it has had so little waking experience.

Most animal species studied appear to sleep.  Many primates, such as monkeys, sleep as much as we do, about 10 hours. Dolphins and some other marine creatures can sleep with half their brain awake (unihemispherical sleep) to protect them from predators – total sleep of both brains may lead to drowning.  There is still debate about whether or not migrating birds may be able to sleep even while flying (with one eye open, much the way humans can take a cat nap while standing up).  For whatever reason, at least in captivity, carnivores (such as lions) need more sleep than herbivores (such as elephants and cows) – we don’t know if the same applies also to meat-eating versus vegan humans!

All of this interesting stuff illustrates how sleep is programmed into our genes and behaviors. In the next post we will look into how sleep fits into our evolution as well as the role of dreams.

Deepak Chopra, MD is the author of more than 75 books with twenty-two New York Times bestsellers including What Are You Hungry For?  Join the weightlessproject.org to eradicate obesity and malnutrition. For more interesting articles visit The Universe Within