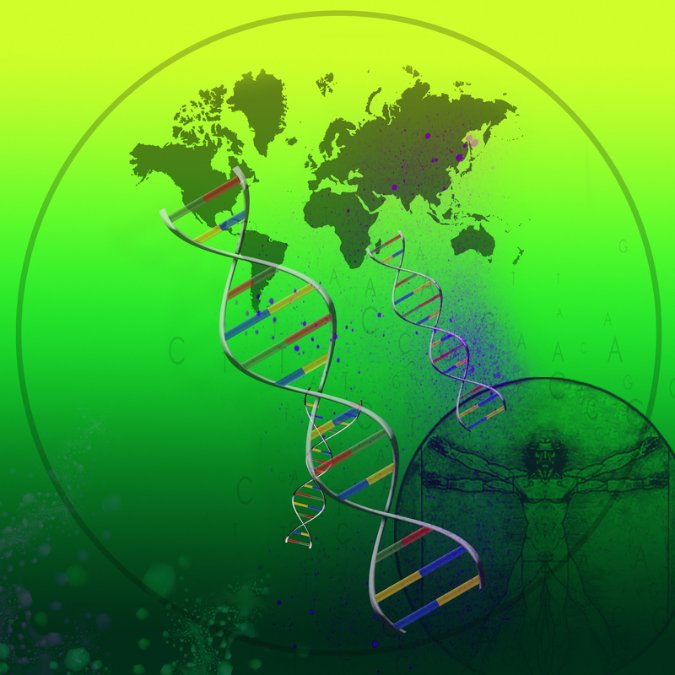 The human mind can adapt to almost anything, but not chaos. No one can lead a completely random and chaotic life. The messy room of a teenager may look completely chaotic, but even there a decision was made. The choice was to be messy rather than straighten up the room, and as long as choices exist, true randomness isn’t in charge.

Yet clearly there are random events in Nature, and a vast body of science is based on them, from the random collision of atoms to the random mutations that drive Darwinian evolution. It’s hard to square the randomness in Nature with the incredible orderliness of human thought at its best (allowance must be made, unfortunately, for our own random impulses, which can be capricious, self-defeating, and violent.) Science tends to ignore the fact that the researcher who is driving to work in order to study random particles isn’t heading for a random place on the map. He is guided by purpose, meaning, and direction.

In the last few posts we’ve been looking at how to break this deadlock through synchronicity, or meaningful coincidences. This is a perfect junction point, since “meaningful” has a purpose and “coincidence” is by definition random. What often accompanies experiences of synchronicity is a feeling of trust. The synchronous event seems to reveal to that there is a meaning, purpose, and direction “out there,” somewhere in a mysterious domain where the event was organized. This is what is meant when people say “Everything happens for a reason” – synchronicity is a reminder that randomness is being countered. But saying that everything happens for a reason isn’t provable. It exists as a shared belief, an article of faith, or wishful thinking, and sometimes all three.

It would be more accurate to say, “Everything happens for a reason, despite appearances to the contrary.” Life isn’t about both things, an apparent orderliness and a lot of messiness at the same time. It’s orderly for a teenager to go to school every day; it’s messy to keep your bedroom a shambles. The key word, “I believe, is “appearances.” Things can appear random when in fact this is true only in appearance. Einstein appeared to be a clerk in the Swiss patent office when in fact he was cogitating over the deepest questions in physics. Creative people appear to muddle and mutter while they are actually searching for their next inspiration. To someone who can’t read, letters on a page appear to be randomly chose when in reality they are precisely ordered.

This basic notion that appearances can be deceptive leads to some very intriguing possibilities.

Having gotten this far, we reach an intriguing conclusion. People’s stories contain a mixture of order and chaos, so it may be that reality is completely orderly and meaningful, the only difference being how much orderliness we choose to bring into our lives. In other words, the reason that synchronicity smooths the way for one person and not for another depends upon them.

Everything happens for a reason if that’s how you perceive life; you allow the underlying meaning to express itself. You hold back chaos by trusting in orderliness. Trust isn’t sufficient, not by any means. It’s just one ingredient. The larger picture is about setting up a partnership between yourself and larger, invisible forces. They aren’t mystical forces but aspects of your own consciousness.

The invisible forces include creativity, insight, intuition, intention, and attaining a state of mind where you are centered enough to know who you really are. The partnership between you and Nature lies at the core of the world’s wisdom traditions. No topic is more fascinating, and we must go deeper to explain how the right connections are made.