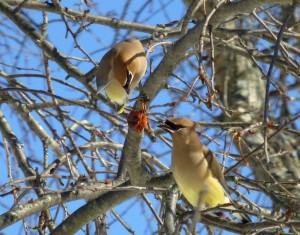 It caused a stir when Sam Harris, in a new book titled Waking Up, changed his message from militant atheism to peaceful Buddhism. A positive message is better than a negative one, and since Buddhism is often labeled as “a religion without God,” Harris’s move isn’t as radical as it looks at first glance. He has had Buddhist teachers for a long time.  Waking Up speaks to a growing number of Americans who say they are spiritual but not religious. Some of these people want to find God, only outside the constrictions of organized religion.  Since he’s still adamant that God doesn’t exist, Harris probably has nothing to say to that group.

What he offers, with abundant backing from neuroscience, is a new flavor of Buddhism, in which some time-honored tenets are proven to be true by examining how the brain works. There is always a danger when someone holding personal beliefs dresses them up with science. You wonder if the contrary evidence has been fairly examined. Many readers may accuse Harris of paying serious attention only to the research that fits his scheme, and this is certainly true. An entire realm of spiritual experience is alien to him, not just the kind associated with praying, feeling God’s presence, contacting the soul, and near-death experiences. To Harris, this whole realm is delusional; therefore the research that supports it must be worthless (not that he shows any depth of knowledge about it—his dismissal is out of hand).