Here is a interview with Deepak Chopra and Kabir Sehgal on the deeper understanding of the relationship between money and humanity  They discuss Kabir’s book, Coin: The Rich Life of Money and How Its History Has Shaped Us.

Deepak: Why did you write Coined?

I began working on Wall Street just a few months before the great financial crisis. I was alarmed with the damage that it caused with people losing their jobs and houses. I wanted to know why we act so irrationally when it comes to money. What’s going on in the brain when we think about money? I researched the topic of money over 4 years while traveling to over 25 countries.

Deepak: How does money have a physiological change on us?

Kabir: Just the idea of making money can increase your skin conductancy, meaning there’s a current of excitement. Money also numbs your senses. People who touched paper money and then placed their hands in hot burning water didn’t feel as much pain as those who hadn’t touched money.  Researchers have compared brain scans of those people who are making money to those high on cocaine and found that them to be almost identical. Money has a biological and psychological effect on us.

Deepak: What did you learn about money that surprised you?

Kabir:  The oldest and most important currency is debt. And different cultures treat debt differently. For example, in Tokyo, I bought some delicious fruit as a gift for my friend. But he didn’t want to accept it because he said he wouldn’t be able to repay me, as I was leaving in a few days. The word for thank you “arigato” loosely translates into “this difficult thing.” When you go to a Japense wedding, make sure that you tie the ribbon on the present tightly because if you don’t, you may imply that you don’t think the marriage will last.

Deepak: What is the future of money?

Kabir: Reputation will become an even more important currency in the future. I went to a restaurant, and they made a mistake with my reservation, so I took out my phone to text my friend that he could take his time. But the maitre d was alarmed, and said “please don’t write a negative review of us on Yelp. We’ll find you a table right away.” For him, a negative review could jeopardize future business. Social standing and reptuation has always mattered, but now it ‘s happening on a global basis. The number of twitter followers and Facebook likes really matter. For example, American Airlines gives VIP lounge perks to those who have higher Klout scores, which is a metric for someone’s social media influence.

Deepak: How can spirituality teach us how to be better with money? 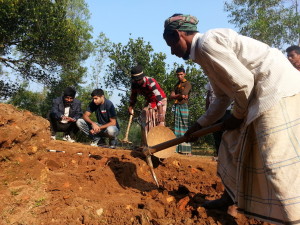 Kabir: I traveled to Kolkatta, India and visited Mother Theresa’s home for the dying and destitute. It’s there that I saw many lepers, and there was a European teenager who was serving as a volunteer.   He told me he was there because of what he learned in the scriptures. Jesus speaks about the importance of storing up treasures in heaven but not on earth. In Hinduism, one of the goals of life is artha, the accumulation of wealth. You are supposed to make money and take care of your family, but when you pursue artha you will awaken to moksha, or liberation. There will come a time in your life when you should renounce money and detach from it. Spirtuality teaches not to follow the evolutionary logic of “more is better” but to realize that “less is more.”

Learn more about Kabir Sehgal’s Coined: The Rich Life of Money And How Its History Has Shaped Us