You may have noticed headlines about the rise of prescription drugs as a major cause of addiction and death by overdose. Pain pills are overshadowed by illegal drugs like heroin and their dangers masked by a certain air of respectability. Yet America is in the midst of an epidemic of painkiller overuse as well as addiction. As a nation we constitute only about 5% of the world’s population, but we consume some 80% of the prescription drugs called opioids, the strongest and most addictive pain pills, that go by names like Vicodin, OxyContin, Dilaudid, codeine, and Percocet. We consume 99% of the global supply of a particular opioid called hydrocodone, which is used in combination with other drugs for pain relief but also cough suppression. In 2014 the FDA approved a new version of a pure hydrocodone despite the objections of its own medical advisory panel (which voted 12 to 2 against approval) and 30 states. Today opioid overdose deaths (one every 30 minutes) exceed deaths from motor vehicle accidents as well as the combined total of deaths by heroin or cocaine overdose. 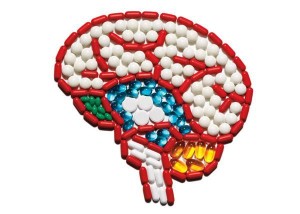 How did we get here? The pain-relieving properties of opium have been known for thousands of years, but because of its dangerous side effects and addictive properties, it has generally been reserved for more severe forms of acute pain. This changed in the mid-90s when doctors became more lax about prescribing opioids over a longer period of time. Pharmaceutical companies launched marketing campaigns, and medical use of opioids in the US increased tenfold over the next two decades. This was a gamble between relieving the pain of patients and the risk of overuse, a gamble that obviously hasn’t paid off. Mounting evidence suggests that long-term opioid drug use triggers a vicious circle of continued pain and addiction. Citing the predictability of such an outcome, some counties in California and Illinois have sued the makers of opioid drugs for misinformation campaigns.

Pain has become the most common reason that people see doctors–more than 100 million Americans are reported to suffer from chronic pain, a number that exceeds the combined total of people suffering from diabetes, heart disease, cancer, dementia and stroke. Is there another way to resolve chronic pain besides the disastrous course we’re on?

The first step toward an alternative is to view pain as a mind-body experience that is highly subjective. As such it can often be approached through a phenomenon called “self-efficacy.” The brain contains many pain-relieving chemicals, and these can be triggered mentally, which is why taking a placebo leads to pain relief in a significant proportion of people. (The reverse is also true through the nocebo effect, where a harmless substance induces pain or fails to relieve it when the subject is told that this is the expected outcome.)

In a related example, people who thought they were getting expensive pain pills reported more pain relief than those who thought they were getting generic drugs even though both groups were given the same inactive placebo. Likewise, bigger placebo pills work better than smaller ones, and injected placebos work better than oral ones. In all of these findings, subjects are unwittingly calling upon the self-regulation of pain.

Nor is this just the mind playing a trick of us. Brain scans show that a placebo, when effective, changes the brain in the same way as do active pills, and these changes can be found in the spinal cord, not just the brain. The implications are strong for chronic pain over an extended period, too. Studies in arthritis patients have shown that the placebo effect can last over two years. In sum, self-efficacy is more powerful and more long-lasting than is generally realized, even among physicians.

If you suffer from chronic pain, where did it originate? Our latest understanding is that about half of our pain sensitivity is thought to be genetically determined and the other half by a mixture of variables: cultural and religious background, mood, past experiences with pain, and the surroundings (e.g. having a good support structure or not). Women feel pain differently from men, even as newborns, and are more likely to report painful medical conditions. African Americans tolerate experimental pain less than Whites, perhaps due to greater vigilance.

Some astonishing recent experiments at Oxford University have shown us a new way to treat pain using the inverted microscope, an instrument makes objects look smaller. The researchers showed that when people viewed their injured hands through an inverted microscope, they experienced less pain and even reduced swelling. What we see modulates how much pain we feel, more evidence that pain originates in the mind.
The point is that subjectivity plays a key role in the degree of pain each of us feels from the same stimulus. As the Roman emperor and philosopher Marcus Aurelius noted in the second century A.D., “if you are distressed by anything external, the pain is not due to the thing itself but to your estimate of it; and this you have the power to revoke at any moment.” That’s why a child who’s about to have some blood drawn can be distracted with a new toy and feel no pain, and why long-distance runners can work through their pain from a desire to win. Pain can thus serve as a strengthening activity, the “no pain, no gain” motto of athletes.
Religion and spiritual background play their part, too. Researchers at Oxford University used brain scans to study how religious beliefs affect the pain response. Subjects were shown either an image of the Virgin Mary by a 17th-century Italian painter or a nonreligious painting by Da Vinci (Lady with an Ermine). After looking at each image for half a minute, they were given mild electric shocks and asked to rate their pain. Devout Catholics and atheists responded to pain similarly after seeing the Da Vinci painting, but devout believers rated their pain lower after seeing the Virgin Mary. Brain scans showed that the devout Catholics were engaging more of their ventromedial cortex, a brain region known to be involved in the placebo effect, which apparently made their pain less threatening.
In Hinduism pain affects the body, arising from a person’s karma, but it doesn’t touch the soul or higher self. In the Bhagavad-Gita Lord Krishna tells the warrior Arjuna that “weapons do not cut it, fire does not burn it…the self is indestructible and timeless.” An understanding that all pain is temporary gives believers mental strength to put it in proper context and to cope without falling into depression or self-blame. The nonreligious can achieve similar levels of coping through mindfulness, yoga or various forms of meditation. A 2011 randomized controlled three-month study of Iyengar yoga in 313 patients with back pain showed that how their backs functioned at 3, 6, and 12 months was superior to the usual medical-care group if they took up yoga.
Love is another potent pain reliever. Studies have shown that a 20-second hug can relieve pain and stress as effectively as prescription drugs; it also acts on nerve cells to release pain-relieving brain chemicals such as oxytocin and endorphins.
The upshot is that pain management has come a long way since the era when the placebo effect was shrugged off by most doctors as “not real medicine.” Placebos trigger a person’s own brain to relieve pain, but this happens unwittingly–the element of self-deception is present. Removing this element ruins the placebo effect, but it opens the way for conscious, self-aware techniques. Clearly we are not suggesting that anyone should take pain lightly or that you should treat any medical pain entirely on your own. No one should stop taking prescription opioid painkillers abruptly, either. What we are suggesting is that the long-term solution to America’s opioid drug epidemic lies in changing the self-efficacy environment. Painkillers should come after a patient has explored the power of the mind-body connection, keeping up the search for the best and most efficacious techniques. The field of self-care is burgeoning, and pain should become a central part of that if we want to end our dependency on drugs whose prolonged overuse is so dire.
Photo credit:  heartcurrents.com
Deepak Chopra, MD is the author of more than 80 books with twenty-two New York Times bestsellers including Super Brain, co-authored with Rudi Tanzi, PhD. He serves as the founder of The Chopra Foundation and co-founder of The Chopra Center for Wellbeing. Take a moment to check out ‘Self Directed Biological Transformation Initiative – SBTI’ on Indiegogo and share it with your friends. Get perks, make a contribution, or simply follow updates. If enough of us get behind it, we can make ‘Self Directed Biological Transformation Initiative – SBTI happen! 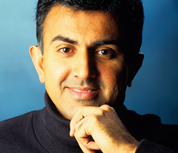