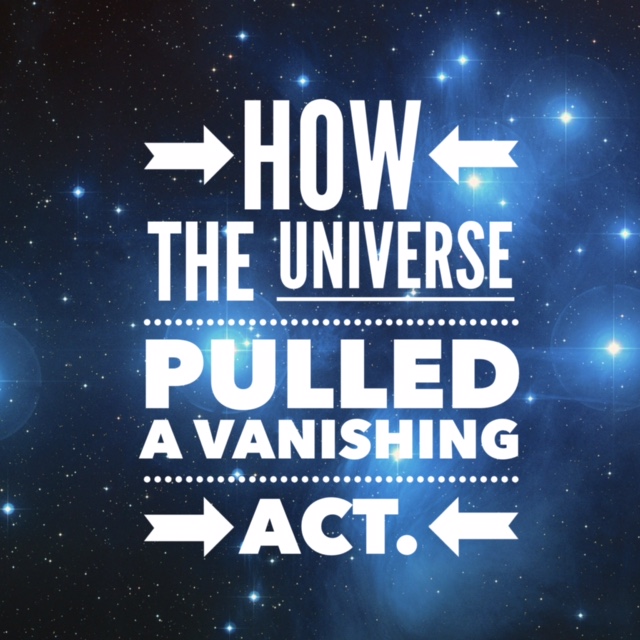 The issues facing modern physics are so baffling that they’ve crossed a threshold and now fascinate the general public. We laymen have very little at stake, personally speaking, when scientists argue over the Big Bang—without advanced mathematical training, it’s all but impossible to follow the arguments. But we do have a stake when the universe starts to disappear, as it is doing right this minute.

The cosmic vanishing act began, approximately, when dark matter and dark energy showed up on the radar of cosmology. “Dark” is a misleading term, because the space between the stars is pitch black, but it isn’t dark in the way that dark matter and energy are. They are dark as in totally mysterious. No light is given off by them, or any known form of energy we associate with the universe. They cannot be measured, and so far as anyone can guess, dark matter is probably not constituted of anything resembling atoms or subatomic particles.

The reason that dark matter and energy are important is arcane to the layman, having to do with the fact that instead of moving apart at a constant rate or slowing down, the galaxies are accelerating as they move away from each other. This acceleration defies gravity, so at the very least dark energy is some species of antigravity (to put it in very general terms—the actual nature of this unknown force is complex, arcane, and much speculated over).