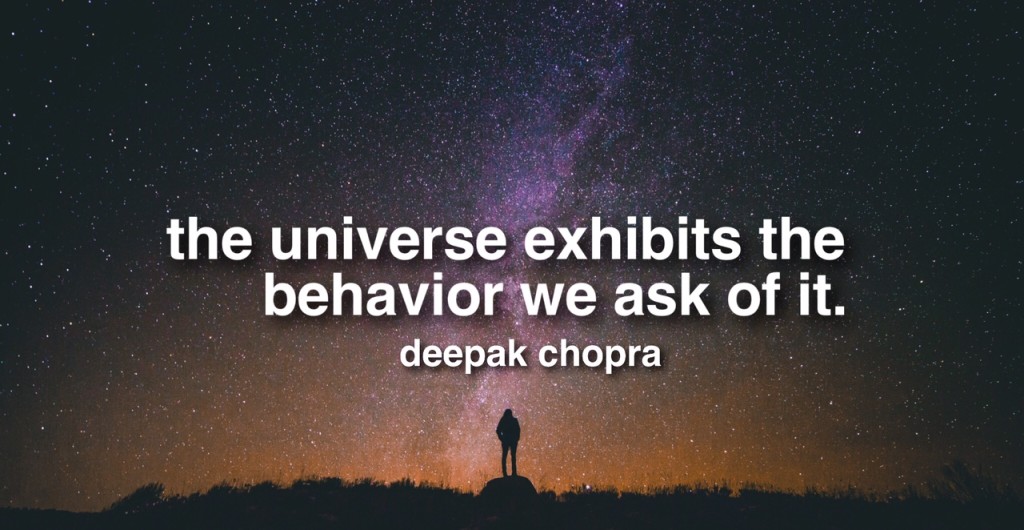 Robber barons in the 19th century were so rich that they didn’t have to do things the way ordinary people do. If they wanted to live in a French chateau or an Italian palazzo, for example, they didn’t have to build one from scratch. Instead a chateau or palazzo could be dismantled in Europe, its parts carefully numbered and packed into crates, and then shipped to America to be reassembled on the spot.

If you wanted to ship the universe somewhere else, you could try to do something similar. You’d need four crates labeled time, space, matter, and energy—the basics for taking apart the universe. To save shipping costs, you could try to cut these down to their bare constituents at the quantum level. But when the Fed Ex man shows up, he would scratch his head. “I can’t ship this,” he’d says. “You squeezed everything down, too far. There’s no stuff in these crates.” This is a fanciful summary of the basic quandary created by the quantum revolution of a century ago. When space, time, matter and energy are studied at the very smallest level, they cease to behave as the familiar parts of reality that we think we know. END_OF_DOCUMENT_TOKEN_TO_BE_REPLACED

Deepak Chopra and Menas Kafatos tackle some of the biggest questions in modern science: what is the relationship between space and time? And what does it tell us about reality?