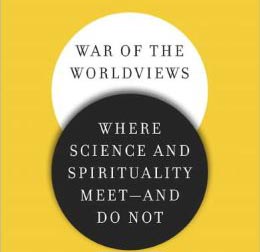 Behind the mask of matter, something more mysterious is happening in the universe.

To get at the mystery, let’s follow the path a hydrogen atom might take over the thirteen billions years or so following its creation.  First it drifts out into space in a completely disorganized, random fashion, bouncing around like an infinitesimal feather on the cosmic wind. Some atoms keep on doing this until they form clouds of interstellar dust.  But this atom falls into a stronger gravitational field and becomes a building block for a star, which takes primitive atoms like hydrogen and helium and transforms them into heavier, more complex elements. Through a series of nuclear reactions our particular hydrogen atom becomes part of the element known as iron, the heaviest metal formed inside stars.

The life span of this star comes to an end in the dramatic death throe known as a supernova, an enormous explosion that scatters iron atoms throughout the nearby regions of the cosmos.  Our original hydrogen atom no longer exists as such, but its component parts are being drawn toward another star, hundreds of times smaller: the sun.

By this point in the history of the universe, the sun has already thrown off enough matter during its birth pangs that rings of dust have settled into orbit around it.  This dust is clumping into planets and our iron atom, pulled in by gravity, joins the planet Earth. At its core, the Earth is thought to be up to 70 percent molten iron, but our atom arrives late enough to settle onto the surface of the planet, which is around 10 percent iron.

Ten billion years have now passed. Many iron atoms have undergone random interactions with various chemicals, but ours is still intact. More time passes. It ﬁnds itself drawn into a spinach leaf, which gets eaten by a human being. Then our iron atom becomes part of a molecule thousands of times more complex than itself, a molecule that has the ability to pick up oxygen and throw it off at will: hemoglobin. Hemoglobin’s ability to perform this trick turns out to be crucial, because another molecule, this one millions of times more complex, has managed to create life. It is known as DNA, and around itself DNA is gathering the building blocks of life, known as organic chemicals, of which hemoglobin is one of the most necessary, since without it, animals cannot convert oxygen into cells.

In our story, one primal hydrogen atom has undergone incredible transformations to get to the point where it can contribute to life on Earth, and every step of the way involves evolution. Since all the iron on Earth was once part of a supernova (plus some iron deposited when meteorites collided with the early planet), the journey from the Big Bang can be observed and measured. Yet our iron atom has still another transformation to undergo. It has entered the bloodstream of a human being—you or me, perhaps—to become part of a sentient, thinking creature, one that is capable of looking back on its own evolution. In fact, this sentient creature created the notion of evolution in order to explain itself to itself. A primal atom has somehow become thoughtful.

Courtesy of War of the Worldviews by Deepak Chopra and Leonard Mlodinow.