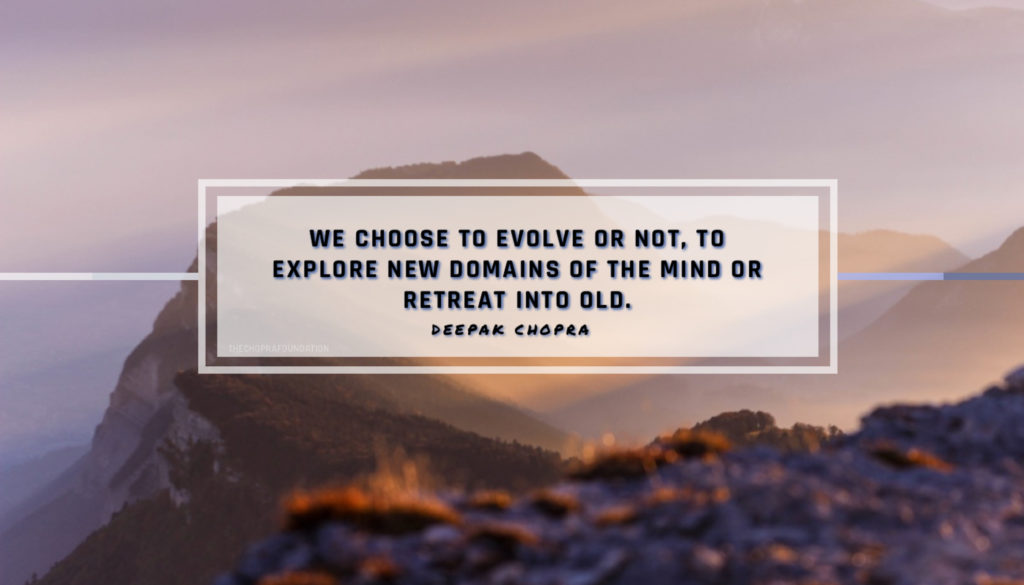 No idea has become baked into the social fabric than Darwinism, and yet Darwin himself never meant this to happen. In his mind, he was scientifically describing “the descent of species,” a specific notion of how life forms changed over time. Evolution was a rebuttal of the prevailing concept that species were fixed–if honeybees, ferns, and pandas exist, they always had. The momentous discovery of fossils, among other things, offered irrefutable evidence that species could vanish, and more importantly, that current species had ancestors.

But the term “evolution” turned into a loose metaphor, quickly escaping the rules of science. And the most dangerous application of the metaphor was to human society, where certain ideas about everyday life became falsely linked with Darwinism. Here are the main distortions that enormous numbers of people believe in without thinking.

1. Nature is all about survival of the fittest; therefore, so is society.

2. Evolution works through bloody competition that weeds out the weak and favors the strong. This applies to human competition and makes violence amoral–Nature is working through us, the ultimate excuse for the powerful dominating the weak.

3. If you are weak, you deserve to fail. Nature demands that survival be ruthless in order to strengthen a species.

4. Poverty is a sign of weakness in the evolutionary scheme.

5. Lower species evolve physically, but once evolution reached the level of early humans, evolution began to apply to psychology, emotions, and social behavior.

There are other offshoots of this main mistakes, but let’s stay with them. The most pernicious application of the evolution metaphor crops up as a justification for inequality. Racism dictates that some races are superior and others inferior. Sexism dictates that men are powerful and women comparatively weak. Free market fanatics push the notion that money shouldn’t be

wasted on the poor, aged, or sick because it is the obligation of such groups to fend for themselves in open competition. Pushed to such limits, the doctrine of social Darwinism, as it came to be called in the nineteenth century, can justify almost any kind of power grab or ruthless competition. As we’ve learned in this country quite recently, the appeal of social Darwinism remains both widespread and powerful. Millions of people feel the attraction of a white male portraying himself as a strong man who is a winner instead of a loser–all are masked Darwinian terms.

The irony is that Homo sapiens long ago left “the state of nature,” the naked arena where physical evolution takes place. In the state of nature, two things determine if a species survives: the ability to compete for food and to mate. Food is the most basic need for survival; mating passes on genes that would otherwise disappear from the gene pool. For thousands of years human beings have consciously departed from these two driving forces.

1. We care for our sick, weak, and old rather than letting nature takes its course.

2. We resort to medicine to wipe out and control fatal diseases that would thin the population if left untreated.

3. We have economies that spread food to every corner of the globe. People can buy the food they otherwise couldn’t raise.

4. Concepts of justice punish those who use violence to harm others or steal what they want.

5. We override who is physically strong or weak with weapons and bullets, allowing us to harm and kill at a distance.

These are only a few of the ways human beings escaped the arena where survival of the fittest rules (not that Darwin ever used that phrase, or espoused it). Some of humanity’s post-evolutionary traits are negative to the point of being horrifying, like the development of weapons of mass destruction, suicide bombers, and even suicide itself. Where evolution promotes physical survival, our ability to willingly end life has been a curse that people volunteer to place on themselves through war, crime, and violence of every stripe. Other post-

evolutionary traits like charities and hospitals exist as symbols of the benefits of escaping the state of nature.

There are evolutionists who continue to maintain that Darwinism applies to human beings, particularly in the two related fields of evolutionary psychology and sociobiology, but those applications have their own skeptics. Let’s set them both aside. Because post-evolution has brought good and ill effects to humanity, and because the metaphor of evolution is still powerful, the crucial question is whether we still want to evolve and if so, how? In its crudest form, the evolutionary metaphor is still about survival, so future evolution depends on such survival issues as the ecology, global climate change, and nuclear weapons.

In less crude form, the evolutionary metaphor is synonymous with progress, and almost everyone in modern society wants progress to continue, despite pull-backs by radical jihadists who yearn for a return to the illusion of religious purity, white supremacists who yearn for equally illusory racial purity, and xenophobes who push ultra-nationalism following a third illusion, that a single nation can isolate itself from the tide of globalism.

Yet the most compelling reason to seize the evolutionary metaphor is to promote post-evolution, to win even more freedom from the state of nature. This largely happens individually as the evolution of consciousness, a notion that was ridiculed fifty years ago, but which now drives the aspirations of millions of spiritual seekers. Having abandoned formal religion, these people have turned inward to find their own path to higher consciousness, and if that term is too elevated or alien, there is the search for inner peace, love, creativity, joy, and fulfillment. Long ago, human beings made the most radical evolutionary leap in history, turning away from physical evolution to mental evolution–hence the amazingly rapid development of the higher brain (cerebral cortex) from which all language, morality, and rational thought emerged.

There is no reason to assume that our consciousness can’t keep evolving, but there is no evidence that the brain needs new structures physically. The brain has enough flexibility

already to set us free by our own choice. We choose to evolve or not, to explore new domains of the mind or retreat into old, outmoded ones. In the end, the reason that Darwinism is the best of theories and the worst of theories comes down to how the theory is used. We are no longer Darwinian creatures, but as a metaphor evolution traces a path that applies to the best and worst possibilities in us.