We all identify with the physical world and would be shocked to discover that this is a mistake. Even in an age of faith like the Middle Ages, when people believed in miracles and attributed creation to an omnipotent God, the physicality of things was totally accepted. Rocks were hard and water was wet, no matter what faith you believed in. If you wandered the stacks of the Library of Congress and pulled books off the shelf at random, you’d discover no serious challenge to physicalism except for one book out of a million written by mystics, sages, Eastern philosophers, and other members of a motley crew who were detached from everyday reality.

Even so, it is undeniable that we’re mistaken when we identify with the physical world, and correcting the mistake has enormous implications–it would be like waking up from a dream. The fact that the dream of physicalism is supported by many modern scientists gives it weight and authority, but scientists, with very few exceptions, promote physicalism because they haven’t really examined its faulty assumptions. Like the rest of us, they tacitly assume that the world “out there” is real and dependable. In last week’s post Deepak Chopra argued against that assumption; this follow-up will attempt to answer the inevitable question, “So what?” Unless the end of physicalism makes a difference in our everyday lives, arguing over it seems arcane and abstract. In fact, the very opposite is true.

If we stop accepting the basic tenet of physicalism–that everything in existence is explainable by exploring the matter and energy that compose the universe–a huge shift is possible. Already the role of mind is central in orthodox quantum mechanics, which does not accept a physical reality devoid of observation. Despite the obvious triumphs of science and technology, one has to abandon the traditional scientific worldview, expanding instead on what quantum theories state, if we want to explain the following mysteries:

Where did the Big Bang come from?

How did space, time, matter, and energy emerge from a seeming void? (This is the puzzle of something coming out of nothing)

What is the origin of consciousness?

Is the universe itself conscious?

Why is the cosmos so perfectly suited to give rise to human life on planet Earth?

These still seem like arcane, abstract riddles that belong in a philosophy class, the kind of class students take because they have to–or once did–before they go out to confront the real world. But in fact the real world falls apart if what we call real is Maya, the Sanskrit word for illusion, as it is usually translated. Even though “distraction” might be a more useful definition, let’s go with illusion. What in the world would persuade us that the physical world is an illusion? If a bus hits you in a dream, you don’t die, but in the physical world you do. This example is enough to convince almost everyone that Maya is some sort of Eastern esoteric belief, when it was actually intended to radically challenge what it means to be human.

Here is why being hit by a bus doesn’t prove that the physical world isn’t an illusion. We will number the steps so that each one can be examined and challenged on its own. If every step is correct, then the logic is irrefutable. 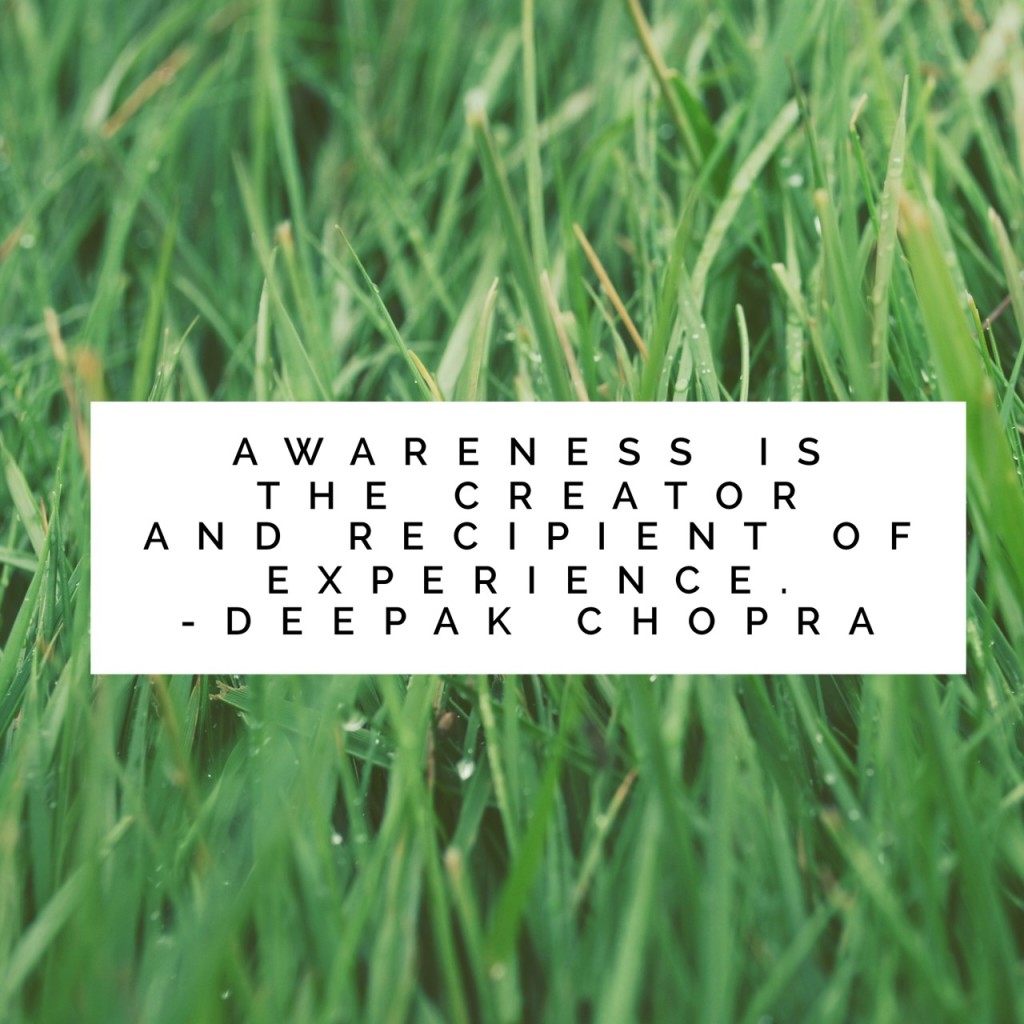 1. Nothing is real unless we experience it directly or know about it through rational investigation. If there is anything real outside our ability to experience it, it might as well not exist, because the human brain provides our only interface with reality.

2. Even though traditional science divides objective facts “out there” from subjective activity “in here,” this is only a matter of convenience. Everything comes down to experience. A dream at night is an experience, and so is the sight of billions of galaxies.

3. Until we know what experience is made of, we don’t know how reality is constructed.

4. All the qualities we attribute to the physical world–such the redness of a rose, its voluptuous fragrance, and its velvety texture–are produced in our own consciousness.

5. Without human perception, light isn’t bright, a summer day isn’t hot, and a rose isn’t red. Photons, for example, are totally invisible when they strike your retina. Sugar is tasteless when it strikes the tongue. A rose has no fragrance when it strikes the nose. These qualities (technically known as qualia) are produced by the mechanism of perception.

6. Thanks to physicalism, we say that perception occurs in the brain, but it doesn’t. There are no pictures inside the brain, no light, no color, no sound. The brain is no more the origin of perception than a radio is the origin of the music being played through it.

8. The primacy of awareness can be shown by the fact that as quantum mechanics states, even atoms and subatomic particles have no intrinsic qualities. They display their properties

according to what observational choices the physicist makes. In other words what the human mind looks for, asks about, identifies, and experiments with. When we think we are reducing matter and energy to their fundamental nature, what we are actually doing is subdividing our experience into finer slices, nothing more.

9. The mental activity of using our perceptions to define what is real and then interpreting these perceptions creates reality insofar as human beings know it. We tell ourselves a story built from our experiences, and even when we point to laws of nature and mathematical formulas to bolster our story, they too are experiences.

10. The claim that data, measurements, rational logic, and verifiable experiments have a privileged position is mistaken. Awareness is a single, uniform field, accessed through experience. A scientific fact has the same basis, neither higher nor lower, as our experience of thinking, sensing, intuiting, creating, understanding, knowing, and perceiving.

12. A critical factor in our species of consciousness is language. Using words, we label our experiences, and in that way two things happen: First, the universe is transformed from a unified, unending process into bits and pieces of isolated “stuff,” each bit being assigned a word or label. Second, we build our story of reality by means of labels, despite the fact that they are our own, totally arbitrary creation.

13. The artifacts we employ to keep our story going have the drawback of misleading us about what is real. The whole scheme of Mind-Body-Space-Time-Particles-Forces-Fields are names we invented for shapes, forms, and activities that occur in our awareness. In reality, awareness cannot be trapped inside these categories. It is formless, timeless, boundless, and without a specific location.

14. Since we have grown accustomed to believing in our own story and tagging everything in nature with a fixed name, we’ve lost sight of what exists beyond this tapestry of Maya: formless awareness, which gives rise to the possibility of form, shape, and everything imaginable. We would appear to be trapped, therefore, in our limited perceptual mechanisms.

15. Yet even this inescapable trap is of our own devising. The fact that human awareness has created a story and then bought into it, forgetting that we are its creators, cannot destroy one true thing: We are aware of being aware.

16. The fact that we are aware can never be eradicated, but we can put it to new uses that would abolish the old uses.

17. The most important of these new uses is to wake up from the illusion.

18. Experience is infinitely malleable, infinitely creative. Seeing that this is true, we wake up from a host of limiting beliefs, prejudices, and false assumptions.

19. Awareness is transcendent, existing in an inconceivable domain beyond space, time, matter, and energy. Yet this domain is the source of everything. When we wake up to this fact, we no longer give privileged positions to things that don’t deserve them. Ripe for demotion are death, fear, materialism, the brain-as-mind, and other outworn aspects of a story based entirely on Maya.

20. If our source is unbounded awareness, we should participate in everyday life on the basis of this one true thing, the only truth that deserves a capital T. To be grounded in formless being is to know reality–this is both awakening and freedom.

As you will see if you go deeply into it, this argument is water tight, as much as physicalists deny it. They grow angry in the face of serious challenge to the assumption that the physical world “out there” defines reality. But behind the concerted force of old science, received opinion, ad hominem attacks, and sheer ignorance, there is still the unquenchable need to know what is real. Only by accessing reality will we humans know who we are and why we are here. The next time you see a single red rose, take a closer look. It contains a mystery powerful enough to topple the universe.

Menas C. Kafatos is the Fletcher Jones Endowed Professor of Computational Physics, at Chapman University. He is a quantum physicist, cosmologist, and climate change researcher and works extensively on consciousness. He holds seminars and workshops for individuals and corporations on the natural laws that are the foundations of the universe, for well-being and success. His doctoral thesis advisor was the renowned M.I.T. professor Philip Morrison who studied under J. Robert Oppenheimer. He has authored 310+ articles, is author or editor of 15 books, including The Conscious Universe (Springer), Looking In, Seeing Out (Theosophical Publishing House), and is co-author with Deepak Chopra of the forthcoming book, You Are the Universe (Harmony). He maintains a Huffington Post blog. You can learn more at http://www.menaskafatos.com