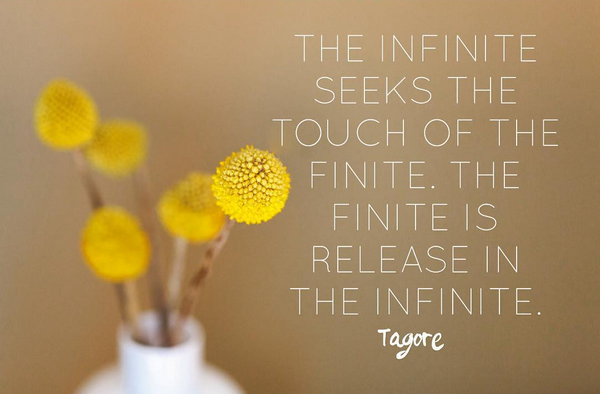 The quantum pioneer Erwin Schrödinger was one of the best thinkers about philosophy in a generation of physicists, around a century ago, that was rich in philosophers (a very rare breed today). One of Schrödinger’s most intriguing statements has explosive implications for the future of science: “Science is a game—but a game with reality, a game with sharpened knives.”  It’s not immediately clear what he means, but the knives being referred to sit at the center of the scientific method, which Schrödinger compares to cutting a picture apart into a thousand pieces and then reassembling it again.

No one could argue that this is true. Big problems in science are solved by reducing them to smaller components that are more manageable, easier to quantify, and more available for experimentation. But why does Schrödinger call science a game? Being a mystic or an idealist (pick the term you prefer), he saw God as the player on the opposite side of the table, and he felt this was a necessary component because unlike a picture ready for cutting up into pieces, reality cannot be seen in advance as a whole. There is no look or shape to reality, no defined borders, no unnecessary elements that can be conveniently set aside or ignored.

What is God’s role in the game? “He has not only set the problem but also has devised the rules of the game. But they are not completely known; half of them are left for you to discover or to deduce.” Rationalists would balk at using God here, but if you substitute “nature” or “reality” instead, the game of science becomes clear.  It’s a game of deduction and inference where the ground rules are only half known, at best. Recent developments in physics have uncovered dark matter and energy that make the game even harder, since these obscure entities barely interact, if at all, with the visible universe and yet account for the vast majority of created matter and energy.

But more important, perhaps, than the darkness existing “out there” in the cosmos is the mental darkness science struggles with. To quote Schrödinger again: “The experiment is the tempered blade which you wield with success against the spirits of darkness,” by which he means the darkness of ignorance, the unknown, perhaps the unknowable. In the quantum revolution, experiments changed radically by becoming “thought experiments,” mental explorations in the absence of workable physical experiments. Einstein conjured up General Relativity as primarily a thought experiment that awaited validation afterwards, such as the bending of light when photons pass nearby a strong gravitational field or the most recent validation of Einstein’s theory, the existence of gravitational waves.

Yet at a certain point even thought experiments reach their limit, as physics nears the horizon where spacetime dissolves. This happens in the so-called quantum vacuum, the void from which matter, energy, space, and time emerge. The same horizon appears just before the Big Bang, when creation was something like immeasurable chaos (known technically as the Planck era). Even before this comes the actual origin of the universe, which is totally unknowable through experiments, measurement, or data collection. Much of cutting-edge physics depends on abstract mathematical theorizing rather than matching theories against observable, testable reality.

The fact, largely agreed upon, is that our empirical world is based on non-empirical origins, or as the far-seeing physicist John Archibald Wheeler declared, material objects are at bottom immaterial. Confronting this disparity, this gap in Nature, is a game-changer if scientists intend to catch up with the insights of Schrödinger and Wheeler. If you follow what they said to its logical conclusion, when spacetime dissolves, so does mental activity, because the human brain and everything that occurs inside it depends on space and time. Chemical and electrical activity are time-bound. In fact, any system that needs cause and effect to be linked obviously requires a “before” (cause) and an “after” (effect).

So the greatest challenge to science now is ultimately philosophical. What is reality like if we can’t think about it? Can a dimensionless void be accurately described by an observer standing in a four-dimensional universe? Where is the dividing line between the knowable and the unknowable? Many, probably most, scientists dislike or abhor such questions, because they are confident in their belief that science is vastly superior, and more real, than philosophy. But this is the defense of ignorance, and whoever holds such a blinkered view has forgotten Schrödinger’s declaration that science exists to win the game against the spirits of darkness.

Menas C. Kafatos is the Fletcher Jones Endowed Professor of Computational Physics at Chapman University. He is a quantum physicist, cosmologist, and climate change researcher and works extensively on consciousness. He holds seminars and workshops for individuals, groups and corporations on the natural laws that apply everywhere and are the foundations of the universe, for well-being and success. His doctoral thesis advisor was the renowned M.I.T. professor Philip Morrison who studied under J. Robert Oppenheimer. He has authored 310 articles, is author or editor of 15 books, including The Conscious Universe (Springer), Looking In, Seeing Out (Theosophical Publishing House), and is co-author with Deepak Chopra of the forthcoming book, You are the Universe (Harmony). He maintains a Huffington Post blog. You can learn more at http://www.menaskafatos.com